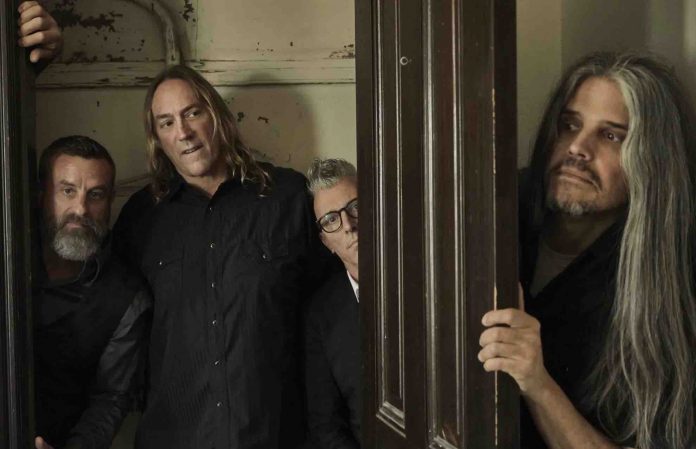 Tool may not be releasing anything at all as of late, but members of the band are still doing their own thing when it comes to waiting on Tool music. In fact, many may know the band that hosts two very well known Tool members ‘Author And Punisher’. The band just released their newest album titled ‘Krüller’, which was produced by Shone and longtime A&P collaborator Jason Begin.

It’s noted that on the album, there are a handful of guest players that join the band for the songs including Tool’s very own Danny Carey and Justin Chancellor.

As many are well aware of, Danny Carey is the drummer of Tool and is often found joining other musicians on other projects as well. I would guess that Danny Carey and Justin Chancellor find a lot of down time to go on other musically inclined adventures as Tool is rather slow to put out new music or play long tours.

That’s just kind of always been the way that Tool has been too. It’s really nothing new and fans of the band know that. Tool’s music has so much involved that it’s for sure something that takes some time to simmer in the pot before it’s able to be dished out to all of the Tool lovers out there.

Tool’s last record received split reactions by critics and fans alike, but it was still, in my opinion, a solid Tool album when we look at what exactly a Tool album is. It had all of the elements still there for me.

All of this said, we await for Danny, Justin, and Maynard to get back in the studio together as well even though we still enjoy hearing any of these three playing music through any avenue that they choose to do so with.