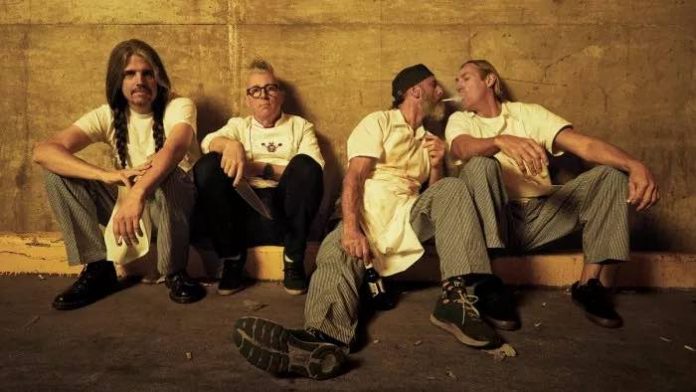 Tool have started up their 2022 tour – however one fan took to social media via Reddit to voice a very specfic complaint. On the social media outlet, the Tool enthusiast, going by the username of Cardinal_Ravenwood, issued the grievance that Tool isn’t playing ‘Stinkfist’ on this particular tour. A Tool fan recently called out this drummer’s arrest at concert.

Stinkfist, famously, is the first industry single off the group’s second album – Ænima.

Tool have been one of rock’s premier groups since their founding back in the early 1990’s. What’s more, the group, prior to the release of their highly successful latest album Fear Inoculum, have sold a combined 13.4 million copies just in the United States. That’s why fans were very pumped to hear that the group were going to embark on a 2022 tour. This tour, which is currently ongoing, runs from the beginning of the year until April of 2022 where it will conclude internationally, in Budapest, Hungary – SportAréna

In response to whether by another user on the platform on if the band simply grew tired of the song, the same user proclaimed: “Yeah I think they have gotten tired of it on the setlist and they also have a bunch of new fans that will want to hear songs from Lateralus and up rather than Ænima, Undertow and Opiate. I don’t think they will hang up touring. They have been on tour every year since 09, only with Covid breaking that streak the last two years. I’m still 50/50 if we will get another album though, but I would almost gurantee they will tour until they die. They will rework some songs, change up the lights and visuals and just keep going on tours, and I’ll still try go to every single one I can.”