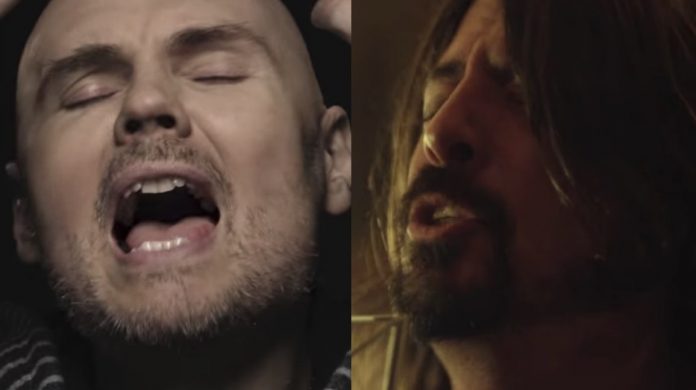 Nine Inch Nails singer Trent Reznor is a busy man, with his band set to be formally inducted into the Rock and Roll Hall of Fame on November 7th on an HBO television special. Reznor is also teaming up with Dave Grohl and Billy Corgan for two different causes.

NIN and Foo Fighters are support a new Planned Parenthood campaign called “We Need Every Voice” with a goal of getting out the vote with ads in some major newspapers including Detroit Free Press, Arizona Republic, Tampa Bay Times, Milwaukee Journal-Sentinel, Austin American Statesman, and Pittsburgh Post-Gazette. Weezer and Queens of the Stone Age are also backing the cause.

Planned Parenthood wrote, “United, our voices can change the direction of this country. Voting shapes our lives and has lasting effects. After the rushed confirmation of Justice Amy Coney Barrett, in the midst of a pandemic, we now face a Supreme Court that puts our health and freedoms, including our right to safe and legal abortion, at extreme risk. The damage already inflicted on our country will last for generations. We can’t afford any further assaults on our reproductive freedom — our right to control our bodies. We need your voice.”

Trent Reznor and Smashing Pumpkins frontman Billy Corgan will team up for the David Bowie Just for One Day! virtual tribute concert on January 8, 2021. Bush frontman Gavin Rossdale and Jane’s Addiction singer Perry Farrell will also perform. Bowie collaborator Mike Garson said in a press release: “What we’re planning is an amazing show with the most talented musicians from every period of David’s career, as well as phenomenal artists from many different genres. We’ll hear different interpretations of David’s songs; some with totally new arrangements that have never been heard before.”