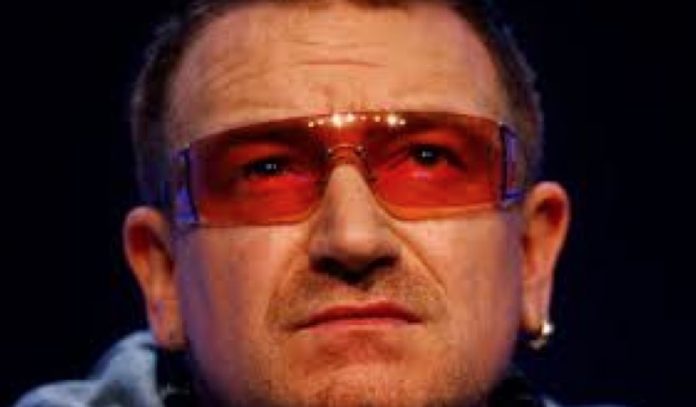 U2 frontman Bono issued an apology this weekend after several staff members at the ONE charity he co-founded described a culture of bullying and abuse at the organization’s office in South Africa.
A broad investigation by British newspaper The Mail on Sunday found repeated accusations of misconduct in The ONE Campaign’s Johannesburg office, including claims that staff members were regularly called derogatory names, forced to do domestic work in the home of a manager, and forced to run personal errands for superiors.

In one case, a married female employee of the charity alleged that ONE Africa executive director Sipho Moyo demoted her and slashed her salary after she refused to have sex with a Tanzanian MP. Moyo denied the claim.

In a statement to the Mail, Bono said the charity — which he co-founded in 2004 — had “failed to protect the workers,” which had left him “reeling and furious.”

“I need to take some responsibility for that,” he said. “We are all deeply sorry. I hate bullying, can’t stand it.”

Guardian reports that the One Campaign, created in 2004 to fight extreme poverty and preventable diseases, launched an investigation after a group of former employees from its Johannesburg office tweeted allegations of management misconduct, claiming that some staff in Africa were “treated worse than dogs”.

The group told an internal inquiry into events between 2011 and 2015 that they were repeatedly ridiculed and belittled, and that a supervisor ordered them to do domestic work at her home at weekends. Another alleged that she was demoted for refusing to become intimate with a foreign government official, after her manager made “sexist and suggestive comments” about her to him.

The allegations were revealed in a letter to members from Gayle Smith, who became One’s chief executive in March 2017. She said One had filed a serious incident report to the Charity Commission earlier this month.

The inquiry found that a former official subjected junior employees to “verbal or email statements such as calling individuals ‘worthless’, ‘stupid’ and an ‘idiot’, at times doing so in front of third parties,” One said.

Smith said the campaign had not been able to corroborate the “appalling claims” that the female employee had been demoted for not becoming intimate with the foreign official, but added: “We do not discount any allegation – we investigate them and will continue to do so should others arise.”

Executive management had “repeatedly tried to address concerns raised by employees, and repeatedly acknowledged their failure in doing so”, One’s investigation concluded.

“The overall evidence from our investigation was sufficient for me to conclude that we needed to own an institutional failure,” Smith said.