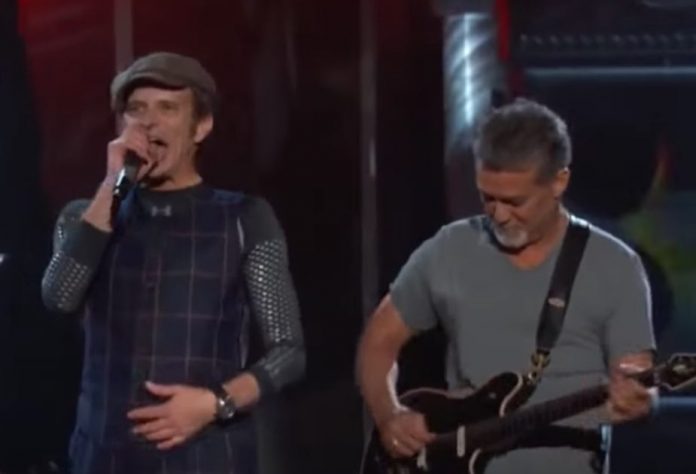 Eddie Van Halen’s son Wolfgang Van Halen reacted to David Lee Roth‘s heartbreaking tribute tweet to Eddie after his death on Tuesday. Roth tweeted a photo and said, “What A Long Great Trip It’s Been…” Wolfgang sent a heart emoji in response. He sent the same response to other celebrities, including Star Wars star Mark Hamill and Rob Delaney. Eddie Van Halen uploaded a surprising final photo before he died.

Mark Hamill tweeted, “So sorry for your tragic loss @WolfVanHalen, but take solace in knowing that he will be long remembered and live on forever as one of Rock’s most extraordinary guitar virtuosos. Condolences to you, Valerie @Wolfiesmom and the entire Van Halen family. #RIPEdward.”

Rob Delaney said, “My Instagram feed is 100% pics of Eddie Van Halen. Everyone loves Van Halen! What a colossus. Just a bulletproof band. To be that beloved, that mainstream popular AND that technically, unimpeachably brilliant. Virtuosic. Thank you Eddie.”

Van Halen’s third singer Gary Cherone also paid tribute to Eddie, writing, “Whether you were blessed to have known him or not, he was a kind and gentle soul… His impact on ALL our lives was immeasurable! His music, eternal! My deepest sympathies to the Van Halen family… Love you Ed #LongLiveTheKing.”

Eddie Van Halen died on Tuesday after battling throat cancer for years, with the cancer reportedly spreading to his brain.