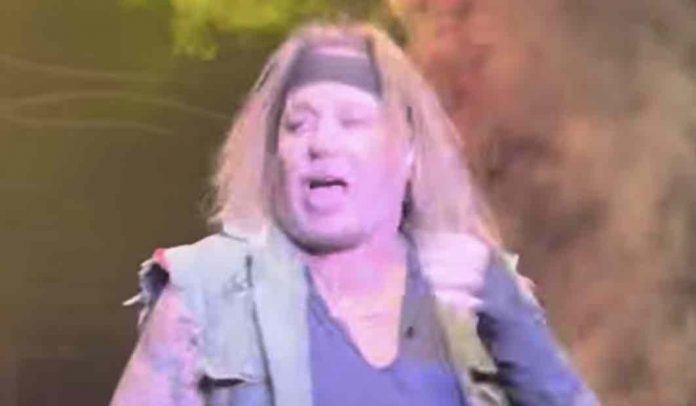 Vince Neil-led Motley Crue performed at State Farm Stadium in Glendale on Thursday, August 25. The tour has been drawing an average of 36,000-some people a night, grossing just under $5 million a show for a bill that’s topped by the Crue and Def Leppard with Poison, Joan Jett & the Blackhearts and a young group known as Classless Act. It turns out Neil messed up the performance and it was not the best of shows for Crue. AZCentral called it a ‘mess.’

Vince Neil messed up the show

It has been noted that Neil’s vocal performance was almost at its best when just the notes were wrong. There were so many times when his phrasing was wildly out of sync with the rest of the band.

They brought more theatrics than any other artist to distract from everything that wasn’t very good. They had three women called the Nasty Habits, who were part exotic dancers, part endearing backup singers. And they were really good at both those things.

The medley of songs they have been known to cover was a total mess, obscuring everything they ever brought to any of those covers, which at times transcended the original recordings.

Many believe that “Smokin’ in the Boys Room” was a train wreck. Coming out of a global pandemic that made it impossible for music fans to gather for much of the past two years, the “Nothin’ But a Good Time” vibe of ’80s metal may have more appeal than ever.

Motley Crue and Def Leppard have been taking turns topping the bill. At State Farm Stadium Def Leppard did the honors, and they did the honors well.  They boldly opened their headlining set — on what by any reasonable metric would be viewed as a nostalgia tour — with the first of three selections from “Diamond Star Halos,” an album they released in May 2022.