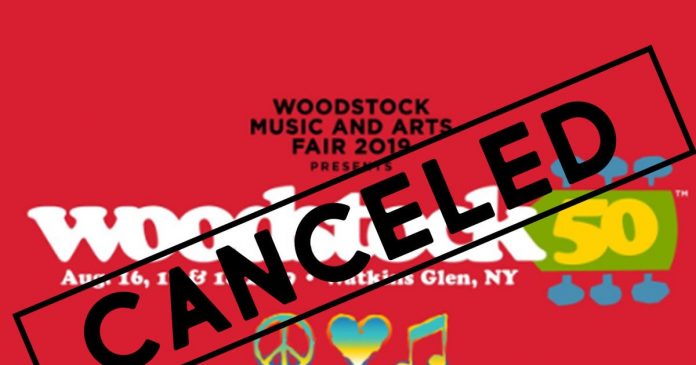 He was asked about the loss of sales tax revenue for the county, which was set to hold the festival in Watkins Glen.

“It’s hard to give an exact calculation, but I can say that the economic impact of this is measured in the millions. Not only to Schuyler County, but to the region. This had a large footprint if you will, just as NASCAR does as well, so there’s a significant economic impact that will be felt as a result of this event being canceled.”

He said it felt unlikely a ‘change of game plans’ at this point would make it likely to be able to acquire the permits required to hold the event. He said the communication that had been ‘very strong’ until Monday, with ‘daily’ and ‘weekly’ conference calls.

He claimed the promoters told them they had the ‘capacity’ to hold the festival, and everything was ‘complete’ or ‘close to complete’ when it comes to requirements they needed to meet.

When asked about promoter Michael Lang finding another financial backer, he said to his knowledge, the show is canceled.

“At this point, unless we hear otherwise, our assumption is that the event is canceled.”

Dentsu Aegis Network, which has funded Woodstock 50, shared the following statement with Billboard:

“It’s a dream for agencies to work with iconic brands and to be associated with meaningful movements. We have a strong history of producing experiences that bring people together around common interests and causes which is why we chose to be a part of the Woodstock 50th Anniversary Festival.

But despite our tremendous investment of time, effort and commitment, we don’t believe the production of the festival can be executed as an event worthy of the Woodstock Brand name while also ensuring the health and safety of the artists, partners and attendees. As a result and after careful consideration, Dentsu Aegis Network’s Amplifi Live, a partner of Woodstock 50, has decided to cancel the festival. As difficult as it is, we believe this is the most prudent decision for all parties involved.”