Late Queen frontman Freddie Mercury’s love note to his first boyfriend David Minns was recently revealed, and he sadly is hard on himself. “My dearest, I’m sorry about last night, but that’s because I’m a dreadful tart! Love you with all my heart. Kisses.” Freddie Mercury’s first young ‘lover boy’ was revealed last week.

Brian May posted backstage at a Queen show with Adam Lambert, “My life behind the scenes tonight in the BB&T Center Florida. It was busy !! We call this activity ‘meet-and-greets’. It’s generally the only window of opportunity I get to catch up with friends as we pass through a city on tour. I do it pre-show because it takes me too long to ‘come down’ after the show.

So here I am introducing some friends to the ‘Table-top Selfie’ idea (at the behest of @lunawest who appears in this vid. Also appearing is Prof Dante Loretta – seen in detail the next pic if you swipe. Dante is the boss of the NASA OSIRIS REx mission which at present has a space probe parked beside the (relatively) near-Earth asteroid named BENNU. They are currently looking for a suitable place to make a landing on its surface. This is … very difficult !

My pal Claudia and I have been contributing to the search by supplying 3-D renderings of potential sites. So we are honorary working members of Dante’s team. Nice welcome poster in the corridor backstage. Then I met THE ENTIRE CAST of our amazing ship-born production of We Will Rock You, led by my dear old (but still young!) friend Amanda Coutts as Scaramouche. Great to meet you guys – wishing you luck in you Life on the Ocean Wave – flying the WWRY flag. So then I played a show !!! Bri 💥💥💥💥 @team stereoscopy will notice there is an experimental 3-D overlap in the middle of this pic if you half-swipe!” Freddie Mercury kissing his boyfriend was revealed in a photo last week. 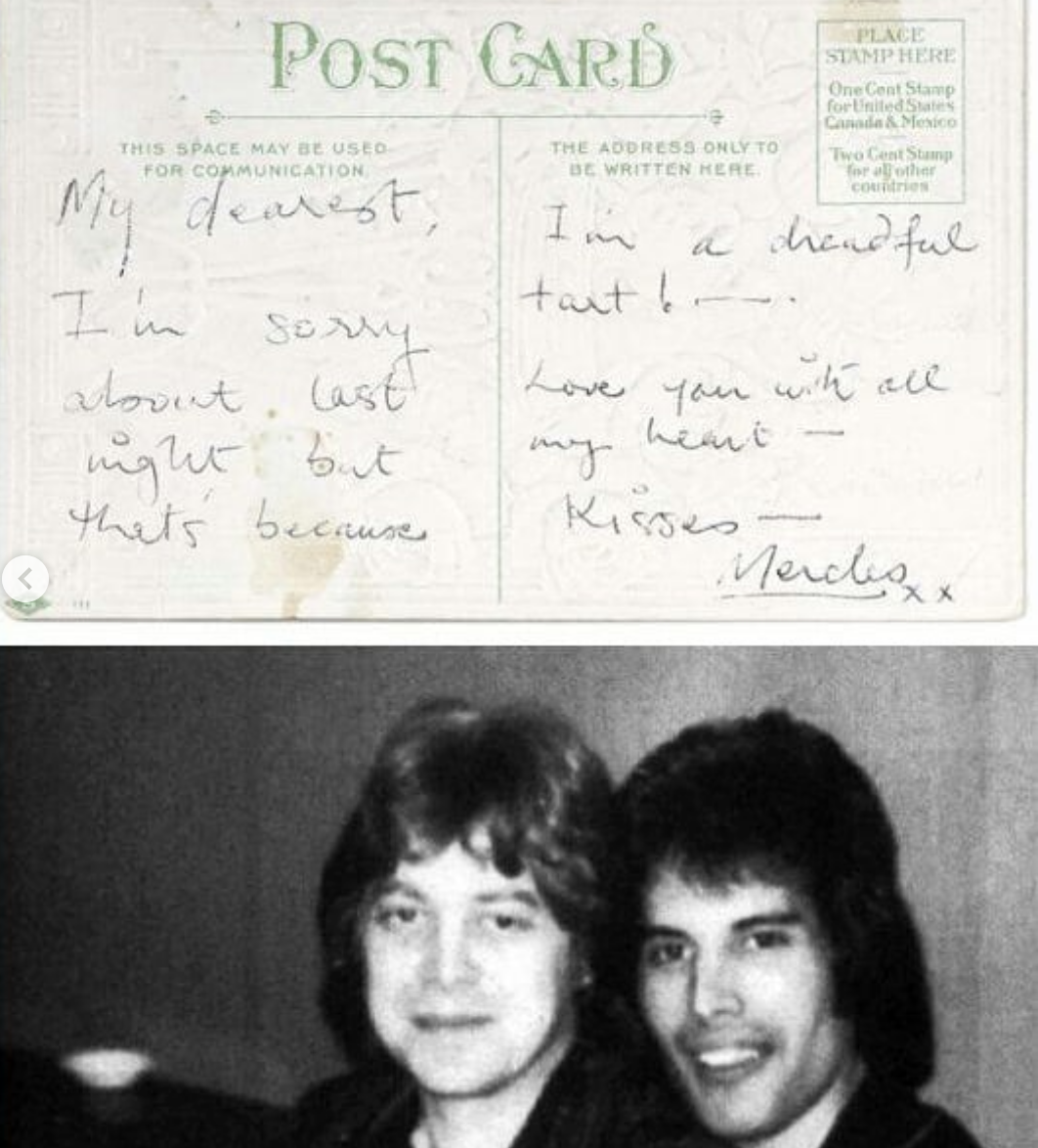