The band wrote on Facebook, “On this sacred day, let’s remember these two Great Ones. Their words and songs made the world a much better place.”

Randy Herbst commented, “I loved Layne and Chris the best, but i liked Kurt as well,I really wish they were still here with us physically, but always here when I press play,I feel for Jerry Cantrell, losing Mike and Layne… Mad Season lives on.”

Jesse Jasak wrote, “Listen to them both everyday. And Scott Weiland and Chris Cornell. All these bands were my influences.”

Holly Gaskill chimed in, “The Coroner’s report shows DOD for Layne, April 5, 2002. For Kurt, Coroner’s reported April 5, 1994. Public records. When an artist has the impact and influence in your life with song, you never forget. They are part of you.”

Márk Nemes added, “Add a 3rd Great One: on april 5, 2019, Shawn Smith, the frontman of Brad, Satchel, Pigeonhead, The Twilight Singers, The Diamond Hand, and From The North / All Hail The Crown, was also found dead. One of the last conservators or grunge, but also an original voice and grea musician. This day truly is the darkest of grunge.” 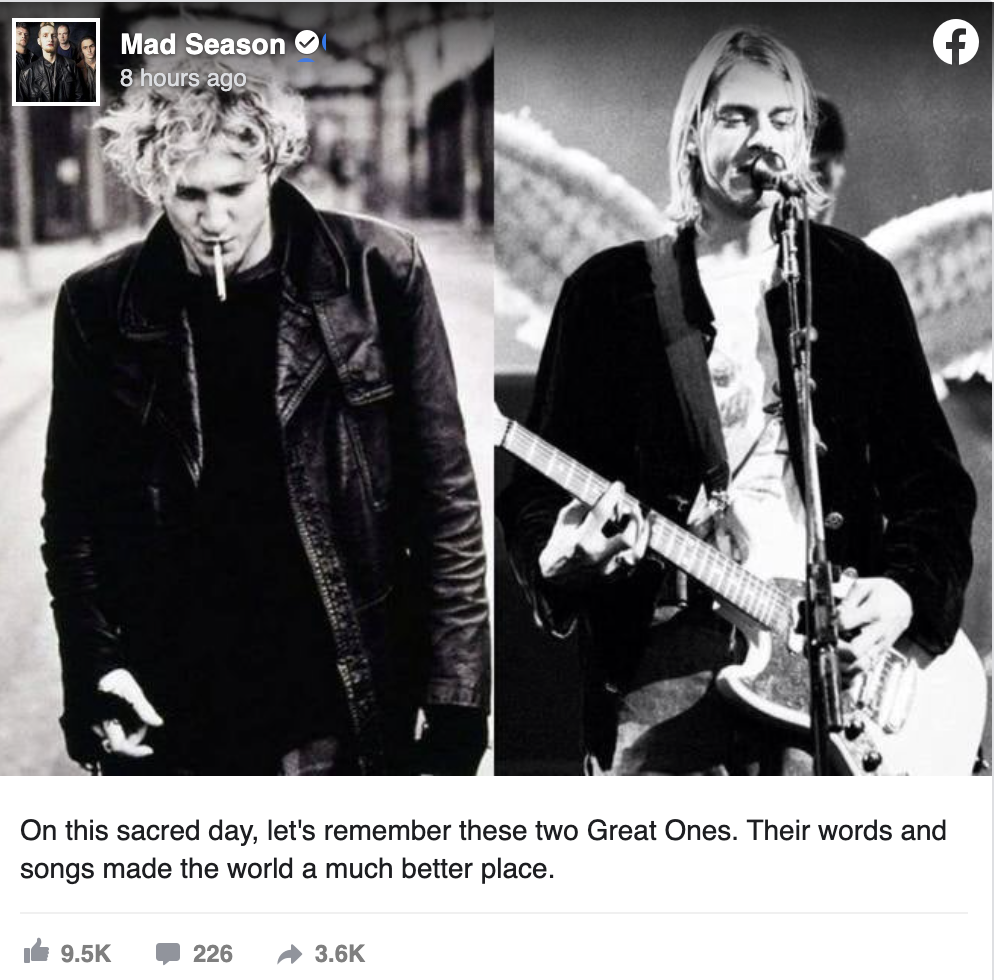