Rush drummer Neil Peart sold his 1994 Porsche 911 Speedster awhile back, and it’s now been revealed that it recently sold for $151,200 in an auction. More details on Neil Peart driving a ridiculous car was revealed yesterday.

The interior is completed in black, offering passenger seating for two with red painted hard-shelled Recaro sport seats upholstered in tri-tone leather. The gauge cluster, shifter and boot, emergency brake handle, seatbelts, and door handles and pulls are finished in red, providing a tasteful contrast to the black interior. With the top down, a “double-bubble” tonneau covers the black convertible top. The odometer displays 47,501 km (~29,516 miles), which is believed to be original. A placard can be found on the passenger side dash denoting the car was built especially for Neil Peart.

The Speedster features an upgraded aftermarket radio unit and speakers, as well as a removable front trunk-mounted Kenwood Bandpass Enclosure subwoofer. Naturally, these audio upgrades were completed under Neil Peart’s ownership. The car is accompanied by its Porsche manuals, in their original leather pouch; tool roll, original jack, and spare; a copy of the Neal Peart title; and its respective Porsche Production Specifications document. Last month, Rush frontman Geddy Lee took a shot at a Neil Peart classic.

The Speedster has been regularly serviced, most recently benefitting from a 30,000-mile major engine service. Additionally, the oil was changed, and the car was fitted with all-new filters, belts, brake fluid, recharged air conditioning, new distributor caps, rotors, wires, and plugs (twin-plug system). The Speedster has also recently been fitted with a brand-new set of Porsche ‘N-spec’ Bridgestone Potenza S-02 A tires.

With less than 1,000 examples produced, 50 percent of which were destined for North America, and even fewer to Canada, this 1994 Porsche 911 Speedster is quite a rare example. Even more so by the fact that it was custom ordered, purchased new, and enjoyed for many years by Rock & Roll Hall of Fame drummer, Neil Peart. Geddy Lee revealed who he likes getting high with a few weeks ago. 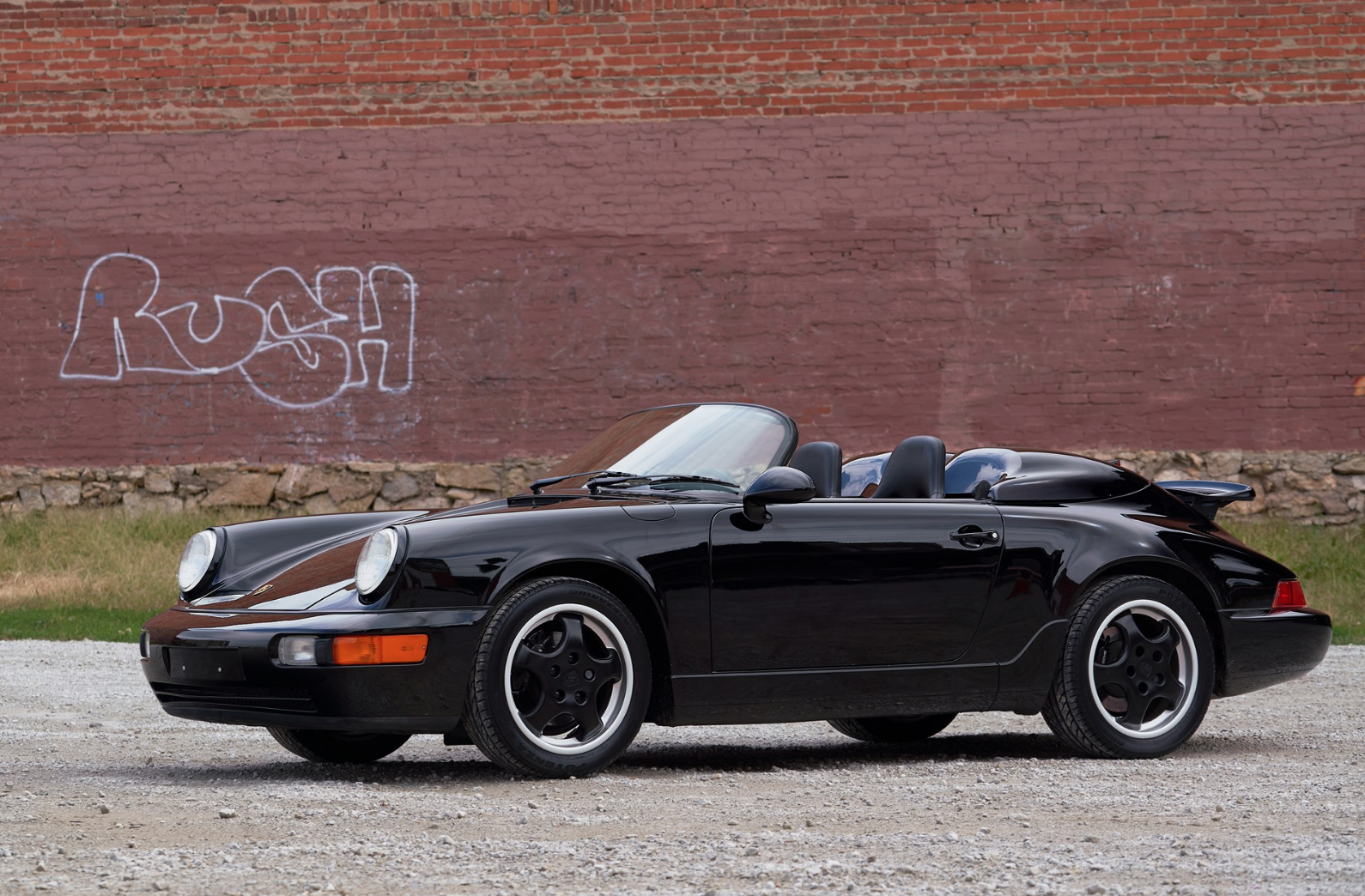