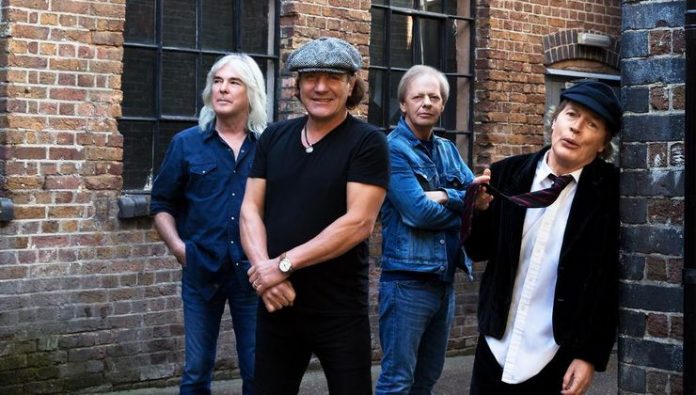 New AC/DC 2020 tour rumors have surfaced with a rumored announcement this week, and one is a major stadium show in Munich, Germany, while another indicates that it will be the band’s final tour, with Brian Johnson, Phil Rudd, and Cliff Williams rejoining the band for a swan song run.

A Guns N’ Roses insider recently made a cryptic AC/DC tour statement. Steve Newton wrote on Straight, “AC/DC might play Vancouver on final world tour, with Brian Johnson and Phil Rudd back in the band, if you’re lucky.”

He also wrote, “it was August 1, 2018, when I posted that blog titled AC/DC sighting in Vancouver gets longtime fan (me) drooling over prospect of Aussie earbusters’ new LP. In it I reported that “one of my rock ‘n’ roll sources on the street” had tipped me off that he’d run into AC/DC rhythm guitarist Stevie Young and estranged drummer Phil Rudd in downtown Vancouver that very morning. The news went viral because, hey, it’s AC/fucking/DC, and everyone on earth who’s ever shaken it all night long (or even just given the dog a bone) is crazy about that band.”