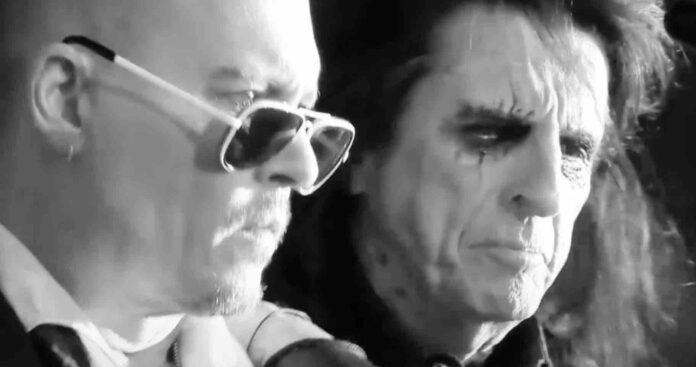 A huge shock to the world – Johnny Depp made a surprise appearance in the English city of Sheffield on Sunday for a special performance alongside legendary and memorable rocker, Jeff Beck. In the UK, Jeff Beck currently has a tour that has been doing great numbers as of late and this appearance by Johnny Depp just adds even more to that.

This isn’t the first time that we have seen Depp and Beck together as the duo got together and did their thing via a 2020 collaboration called “Isolation,” which was a remake of the John Lennon song that was released in 1970. That’s not all though, as Johnny Depp and Jeff Beck also performed covers of Marvin Gay’s “What’s Going On” and Jimi Hendrix’s “Little Wing.” As of now, there’s some talk and speculation that Depp may also join Beck on his next two tour stops at London’s Royal Albert Hall on May 30 and 31. However, it needs to be noted that this is not guaranteed for those looking to spend money just for the possible Johnny Depp appearance.

Jeff Beck fans as well as Johnny Depp fans were totally taken back by this shocker to the rock and film world as the duo got together recently. Fans from all around the world spoke so highly of Johnny Depp as he took the stage as the court case which he is involved in is currently on break.

The court case is currently nearing its conclusion as the jury deliberates. Depp is suing Amber Heard for defamation for $50 million in damages; his ex is countersuing for double that amount. The televised case has been ongoing since April 11 with a decision expected as early as Tuesday. We will continue to monitor the case and report any results for the matter in hand when it comes to Johnny Depp and Amber Heard.

Alice Cooper and Joe Perry’s supergroup, Hollywood Vampires, posted a photo in support of their bandmate Johnny Depp in a new Instagram photo. They wrote, “#Repost @disvicious1
・・・
We Stand With You #hollywoodvampires
🖤🖤🖤
📀📀📀
📸 @rosshalfin
#justiceforjohnnydepp.”

Cooper said last year, “Johnny is one of the sweetest people I’ve ever met in my life. He is the most harmless human being I’ve ever met, so I’m not buying into all of the other stories at all because I know him and everybody else who knows him knows that.”