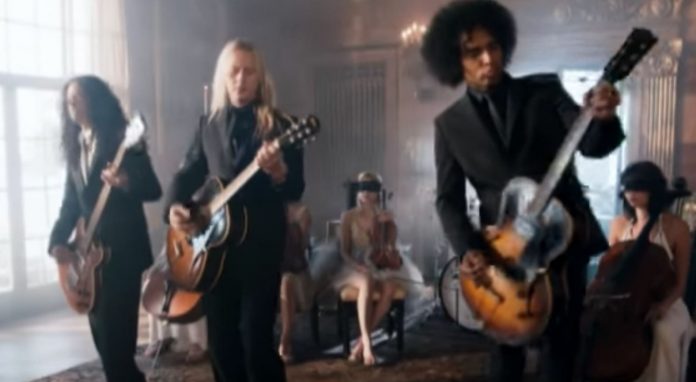 Many had mistaken Jerry moving on with Alice as some kind of dig at Layne Staley as their relationship had seen many hardships in the past, but Jerry Cantrell had made it very clear that there would never be another Layne Staley.

Recently, Jerry was interviewed on Tom Morello’s podcast where he spoke about the time of moving forward and continuing the band even when it looked like there was no hope left. Jerry also spoke about how he tried out a few vocalists to walk in the shadow of Layne Staley before William Duvall became their official lead vocalist.

Jerry continues: “So, you just pick up and start again. I think what works is what worked in the past which is you just put one foot in front of the other and if you’re cool with it, if the guys are cool with it, you’re going to be fine. It’s gonna be a little bit of a struggle. It’s gonna take some time to get used to it. William is such a talented guy. We were already touring at the tail end of Degradation Trip right around the time where you (Tom Morello) were looking at me saying (unclear).”

Jerry finishes: “We were just talking about doing some shows and celebrating the music. Maybe do a tour and not really farther than that. We did that with a few friends and that’s where we really cracked the ice. I wasn’t standing there with my bro, but I was still standing there with my bros. Then the natural discussion started on bringing William in. We jammed with Vinnie from Sponge and William – that was it.”

Jerry didn’t mention when Alice In Chains jammed with Scott Weiland from Stone Temple Pilots, but he would have served as a great stand in for Layne Staley as well. Check out a song below that was also inspired by Alice In Chain’s work.