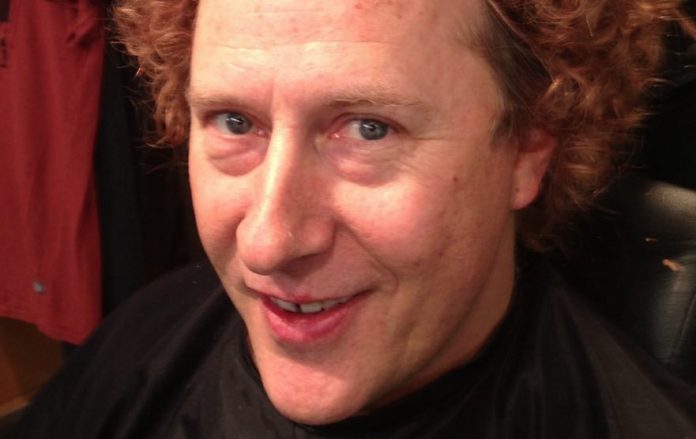 Alice In Chains guitarist and co-vocalist Jerry Cantrell was recently interviewed on the Tune In Podcast. While the interview touched on a lot of topics about Cantrell and his band’s latest album, Rainier Fog, the interview kicked off discussing, of all things, the guitar hero’s hair! Cantrell discussed getting criticism a few years ago when he cut his hair short.

Interviewer: There’s a great YouTube comment I wanted to run by you. It said, “You know that Alice is Back when Jerry comes back with the long hair again”.

Interviewer: Do you hear that a lot?

Jerry: I was actually really surprised that so many people were that bummed about me getting a haircut. You know, but, i guess, you know, i guess it’s been my identity so, my hair has been long as hell since you know, since  I was a late teenager. But I just thought, god I’ve looked the same for twenty-five years maybe I’d try to change it up but i didn’t realize, I didn’t realize the the backlash I’d get. It’s like, “Why’s you cut your hair, dude?”

I’m like, I’m still me man, I just got a haircut dude. But uh, it’s nice ot have it back. And more importantly, as a 52 year old man, it’s nice to know you can still grow a full head of hair. So I’m, I’m not complaining.

Interviewer: You look great by the way!

Cantrell also recently shared photos of a funny wig he wore for an Alice In Chains mockumentary.

My transformation into Skeeter Dollarhyde at the hands of Matthew Mungle for the AIC 23 short .