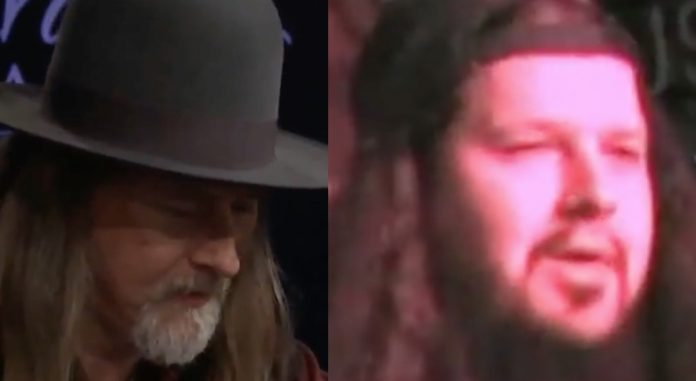 Eagles of Death Metal manager Marc Pollack recently discussed the November 2015 shooting at an EoDM concert at the Bataclan in Paris on Poker Night Live. Alice In Chains singer/guitarist Jerry Cantrell brought up legendary Pantera guitarist Dimebag Darrell being shot and killed at a 2004 concert, when asked if shootings have changed his mindset at shows.

“I’ve never really thought about it, but what happened to Dimebag with Damageplan in Columbus. Something you never really had to think about a whole lot. After that, it’s in the back of your head when things get a little bit crazy.”

Pollack then said about the Bataclan shooting, “We made a movie about it.”

Cantrell responded, “That was a good film, Tom Hanks’ son made it right? He did a great job.”

Pollack said, “Colin directed it. It was cathartic for everyone to do it. Josh Homme, and Jesse, and everyone.”

Jerry mentioned the band went back to Paris to play again.

Pollack said, “We invited everyone that was at the original show to come to that show. We gave back the best we could, it was very cathartic for the band to do that. What U2 did was amazing, they flew us back for their show. If they hadn’t done that as soon as they did, I don’t know if my band would have continued. They got us back onstage so quick, I don’t know if we would have done it. What U2 did for us was completely amazing.”