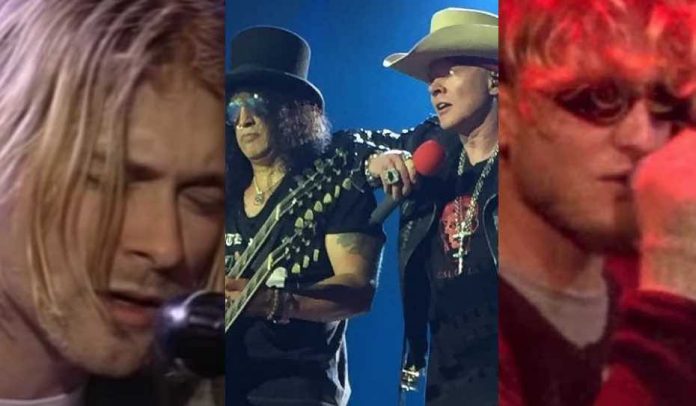 “He loved Alice In Chains, he liked them a lot. I told you before but Axl had to get the guys in GNR, in particular Slash and Duff, to listen to Nirvana. He was like, ‘Guys, this is where music is going.’”

Goldstein also discussed a possible new Guns N’ Roses album. A host mentioned he is happy now, and how that could influence it.

Goldstein responded, “God forbid, being this happy, you don’t have that angst to write from, so it could end up being a Sesame Street record if you’re not careful I think. I’m joking, obviously it wouldn’t be, because Axl is a phenomenal lyric writer.”

A host mentioned it could have political themes, and said Axl followed the news and was well read.

Goldstein said, “I wouldn’t say watching the news, but the first comments you made, very well read. He reads and reads, his vocabulary is incredible, he’s very verbose. Everybody knows he’s a genius. Back when I was working with him, he loved reading and stayed on top of it, and I think that’s what set his mind.”