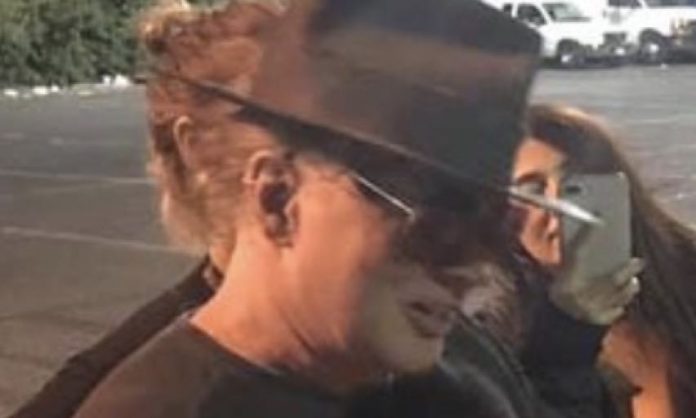 Candice Warner, whomever she is, and I’m guessing not a relation to the owners of Warner Media – although, I could be wrong and she probably is one of their demonic offspring. Either way, Warner has publicly come out against Axl Rose of Guns N’ Roses, who are suing a store called Texas Guns and Roses.

As per The Daily Mail, Guns N’ Roses have been accused of ‘ripping up’ cricket pitches across Australia during their Biggest Night of Rock tour. At their age, or even if they were young, that is disrespectful and obnoxious. Someone needs to take away these guys’ microphones.

Cricket WAG Candice Warner (so that’s who she is) said she was confused to see a large amount of tarnished synthetic grass while attending the 1st Test: Australia v West Indies game in Perth on Saturday. Anyone would.

‘Axl Rose left a trail of blood. They’ve been ripping up the cricket pitches,’ Candice told her co-hosts Harley Breen and Tom Tilley during her Triple M Summer Breakfast show on Monday morning. He actually did leave a trail of blood. He bloodied a poor woman’s face in a crowd when he threw his mic haphazardly like a complete embecile.

‘When we were at Optus Stadium on the weekend, I asked David (husband David Warner) ”What’s that synthetic grass?” He said it was from the Guns N’ Roses concert,’ she said.

‘So it’s kind of like everywhere the cricket is going Guns N’ Roses are just destroying all our incredible ovals,’ she laughed.

‘Guns N’ Roses are ruining our Summer,’ Tilley then joked. ‘You heard it here first’.

Photos from the 1st Test: Australia v West Indies game at Optus stadium on Saturday show the turf looking worn and damaged around the wicket.

Guns n Roses are in serious jeopardy of losing whatever respect the old timers have left. If you ask me, and even if you don’t, it’s time to hang up those guns and start smelling or pushing up those roses.