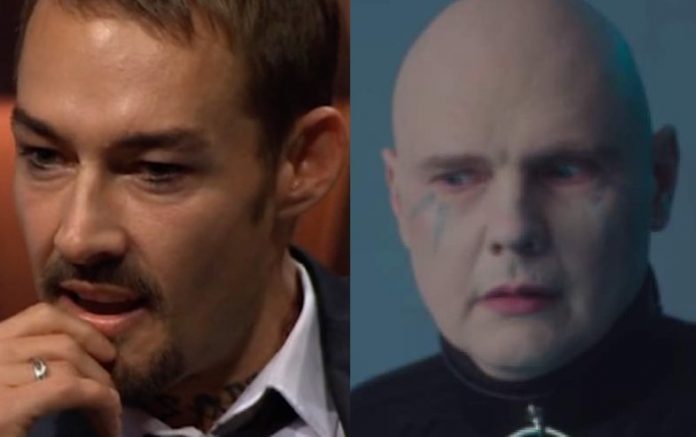 In a new Instagram story Q&A, Smashing Pumpkins frontman Billy Corgan confirmed a rumor that he and U2 singer Bono were the first to hear the Silverchair song “Love Your Life”.

Corgan once said about Silverchair, “In the beginning, I just viewed them as a cute teen band riding the grunge wave, then they seemed to ‘go away’ for awhile, so when I heard that they were ‘all grown up,’ I didn’t think much of it, but when I came across what they were doing, I was struck by the brilliance of it, and the honesty in it, and realized how wrong I’d been. Who wouldn’t, at such a young age, get caught up in what’s going on around you, because we all assume our influences. Daniel [Johns] had grown out of those influences and become his own man, a very special butterfly with so much to offer, and I’ve been a fan ever since.”

“Silverchair’s mature work evokes for me the best of highly melodic, emotional music with a true understanding of rock grandeur…those are rare forces, not very often put together.”

“There is only one Daniel [Johns]. He has a fragile perspective and sensitivity that he brings when he puts all the pieces together, and has the voice to evoke the sophistication of his feelings. He is a rare bird, to be treasured!”

Below are excerpts from Corgan’s recent Instagram story Q&A’s.

I read that you were one of the first (w/ Bono) to listen to Silverchair’s Love Your Life?

Should I spend $100 on a ticket to see your band at the Aragon Ballroom?

The Roxy (4.24.99) will forever be unbeatable in my mind. Memories from that show?

Just listened to the first 3 songs from that show yesterday. Blistering performance. Also last show of the OG lineup.

At what point did it become clear that the follow up to Adore would be a farewell?

I think it was the show at Dodger Stadium, Halloween of 98 that convinced me I needed to leave.