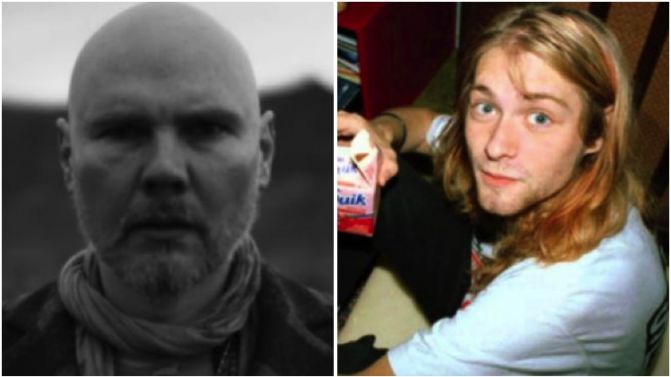 Billy Corgan: When we would first go to New York or Los Angeles or London, we would get treated a certain way and it was really confusing to us because we grew u very working class. So hard work was, that was just what you did. It was like work or die. So, we would go to like a place like New York, it’s like, “You guys are too into this.” Be like, like, like, we would get castigated for, for working too hard, you know?

I remember Courtney Love calling me once and saying, “Your first album is unfair because it sounds like a second album. Like you guys work too hard. The solos are too good.” You know.

And you know, Metallcia had that, too. They said like an ambition. That was almost like, that some people would Kind of scoff at. And I’m thinking….

BC: And I’m thinking,

And I used to say about Kurt. They wanted to believe that Kurt Cobain would roll out of bed, take some drugs and write a fucking classic. Kurt Cobain as a, as a lyricist, as a songwriter, as visionary was a fucking assassin. He was great at what he did and it’s a shame he didn’t do more of it. Cause he was fucking great at what he did. And he let people believe that he was the guy that was “uh, yeah, you know, uh….”

They wanna sit there and talk about, oh he did this and didn’t do that. And him and Dave got into arguments. It’s like, give me a fucking break. And the great thing is the public, by in large, by in large, only cares about the music.