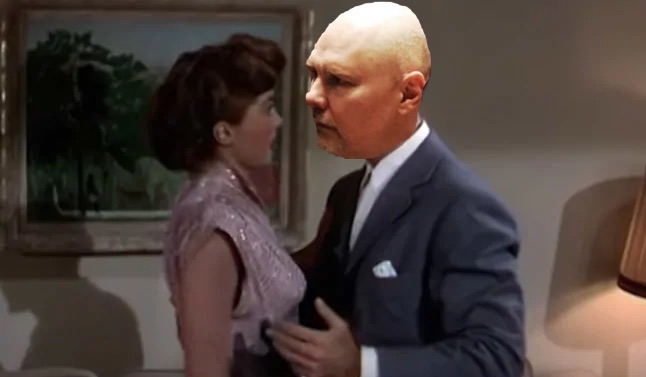 Smashing Pumpkins frontman Billy Corgan discussed his disagreement with the Christmas song “Baby It’s Cold Outside” being banned from several radio stations in a recent Instagram story Q&A. Corgan has discussed wanting to record a Smashing Pumpkins Christmas album, maybe we’ll see a cover on it? Below are some highlights.

Baby It’s Cold Outside getting banned on North American radio: What the hell is wrong with people?

“So when Mick sang ‘she’s only 14 years old’ in Stray Cat Blues is that on your list, too, Bad Santa? GTFOOH.”

You noted Shiny was a collection of singles. Will Vol 2 follow more of a narrative?

“Vol 2 will be the full kit and kaboodle. Go big or go home cause baby it’s cold outside.”

What was the best part of conceptualizing and making Zeitgeist?

“Being told that the themes on the album of digital intrusion into our daily lives was paranoid and tin foil hat shite.”

Please don’t get mad WPC but do you have a whole seeing eye on your jacket (illuminati).

What made you stop playing video games? I’m realizing it’s not doing it for me anymore.

“Too much time from things I need to be doing. That said, very curious about new Red Dead Redemption game.”

What hotel are you staying at (:

“The one under the bridge. Think it’s called Troll Inn.”

Love that you do these lol, they’re fun. Sarcasm me!

“Is that kind of like getting an orgasm from the man who discovered vaccines.”

You are a god. I screamed ‘we love you’ last night. Did you hear me?

“I did! I went today and got a tattoo of your words put on my right bicep, too.”

What makes you sad about the world your kids have to grow up in? Hopeful?

“The hypocrisy of the world infuriates me. Lie after lie told with a straight face. What makes me hopeful is God’s intercession in keeping us from destroying one another over nothing but ideas and a false sense of pride.”

What are your thoughts on the nation grieving for George HW Bush.

“I think there is a big difference between political agreement or disagreement and respect for the office and how the customs of such respect can unify us.”

Would you ever run for President? I’d vote for you.

“After these past few years I doubt anyone sane will ever run for President again.”