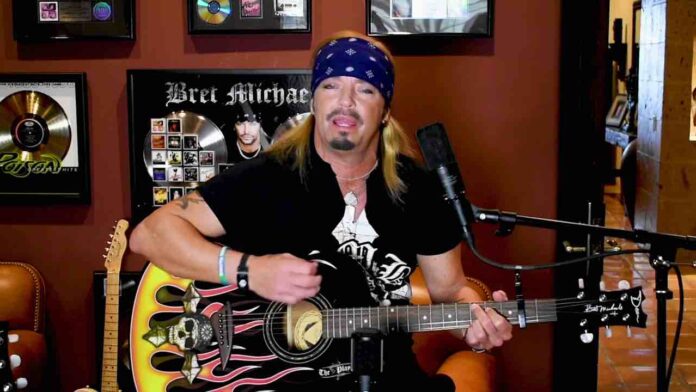 Poison’s Brett Michaels recently opened up on his experience of living through the grunge explosion as a glam metal musician. He further went on to outline the mindset that saw him persist with his career to the present day.

It has been noted how the glam/hair bands dominated the mainstream in the late ’80s which got massively shafted by the Seattle scene’s explosion in the early ’90s. While the ’90s certainly were no easy times for the likes of Mötley Crüe and Poison, ever more people are coming to terms with the fact that the hard-partying, overly sexualized pretty boys brought their downfall about themselves.

A number of former glam metal musicians have since stated how they did not just have no bones to pick with grunge musicians at the time, but how they were often fans of and/or friends with them – and speaking to AZCentral in a new interview, the Poison frontman Brett Michaels notes how this was certainly the case with him.

“I blame nobody. There was definitely a change in the music business but I only blame myself. There was a lot of partying.”

Michaels has apparently enjoyed all the Seattle scene had to offer just as it was coming up, noting how he couldn’t see the alleged animosity between the two groups of musicians:

“Grunge was great. We used Nirvana’s director, Sam Bayer, on the video to ‘Stand.’ Alice in Chains’ first arena show was opening for Poison. I was like, ‘I didn’t know I was in a fight with Alice in Chains. They were just at my house riding go-karts,’ you know what I mean?”