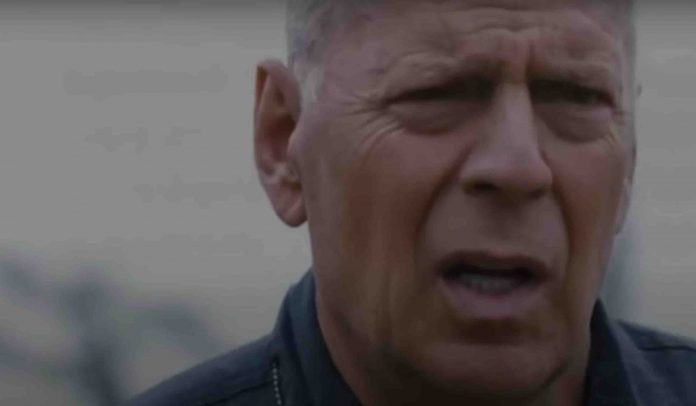 It was announced on Wednesday that the action movie star and face of the popular Die-Hard movie film franchise, Bruce Willis will be ‘stepping away from acting after being diagnosed with aphasia. Willis’ who was known not only for Die Hard but several blockbusters such as Armageddon, The Sixth Sense, and others were recently doing several direct to streaming titles was reported, according to respected film review channel RedLetterMedia, wearing an earpiece as to not memorize movie lines. You can see videos below.

On social media via Instagram, the daughter of Bruce and Demi Moore – actress and singer Rumer Willis put out the following statement:

“To Bruce’s amazing supporters, as a family, we wanted to share that our beloved Bruce has been experiencing some health issues and has recently been diagnosed with aphasia, which is impacting his cognitive abilities. As a result of this and with much consideration Bruce is stepping away from the career that has meant so much to him.”

The statement continued: This is a challenging time for our family and we are so appreciative of your continued love, compassion, and support. We are moving through this as a strong family unit and wanted to bring his fans in because we know how much he means to you, as you do to him. As Bruce always says, “Live it up” and together we plan to do just that.”

Other members of the family would go on to sign the statement including Willis’ ex-wife Demi Moore who would share the words on her own Instagram page.

On the movies subreddit, film buffs are discussing the news with one Reddit user named KingReffots stating: “Bruce Willis has taken some shots to the head in his lifetime which is the greatest common denominator for early mental decline outside of genetics outside of alcoholism. Norman Lloyd also played tennis every day practically up to his death. [I] Just looked it up and Bruce Willis was an alcoholic so he hit the double whammy. Take care of your brain y’all.”