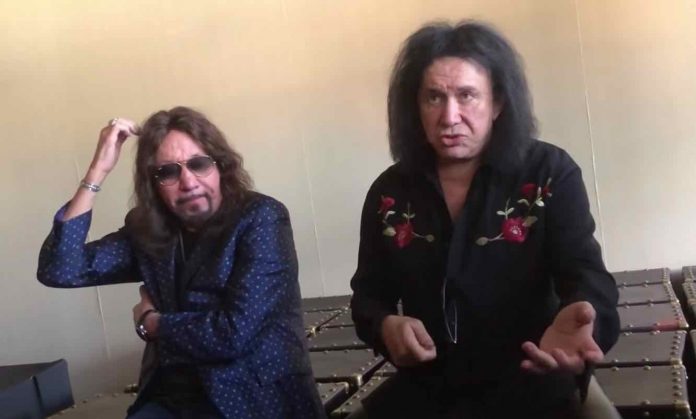 The legendary kiss bassist Gene Simmons recently talked about the idea of rock stars not being grateful for their status and place in life. During a recent conversation with “The Adam Carolla Show“, he namedropped the current Kiss drummer Eric Singer and guitarist Tommy Thayer as examples of musicians who are “professional” and “appreciative” of the success they enjoy.

Greg Simmons opens up on the matter

It is not a secret that the future Kiss mastermind spent his childhood in financial hardship. First he dealt with the issue in Israel and then in New York City. It is understood that took a lot of work, wit, and effort for Simmons to get to the elite position he now occupies. And while he may often come off as an arrogant millionaire, his life experiences have made him well aware that the rock star’s life is the outlier, rather than the norm.

While talking to the host, Simmons compared the current Kiss drummer Eric Singer and guitarist Tommy Thayer to his former bandmates Ace Frehley and Peter Criss, claiming how the former two were much more appreciative of the chances that life had presented them. Here is what Simmons said:

“It’s not fair to point a finger, because everybody’s got their own dynamics with life and living experiences. But anybody who is lucky enough, on the face of a planet of seven and a half billion people, to have more money than you could ever spend in your life, have more chicks run after you that you don’t deserve ’cause you’re not that good looking.”

“I’m talking about myself. Glory, fame — all that stuff. I don’t have to do a goddamn thing and people will give me free stuff. Where were they when I couldn’t afford to get on a bus? That you wouldn’t see how blessed you are is delusional; it’s criminal. Because there are millions of people who would kiss the ground you walk on just to be given the chance.”

He then named the Kiss members and lavished praise on the bandmates. He said that they are very appreciative of the work. Here is what he said: “So, for instance, we have Tommy Thayer [Kiss guitarist] and Eric Singer [Kiss drummer] who’ve been with us 20 years; we’ve been around almost half a century. And we are quitting very soon.”

“But Tommy and Eric show up on time; they’re appreciative, professional — no drugs, no booze; nothing. And I can’t say the same thing about — I always wanna shut my mouth — Ace [Frehley, original Kiss guitarist], who I love to this day, and Peter [Criss, original Kiss drummer]. They were every bit as important as Paul [Stanley, Kiss frontman] and I in forming the band, but not everybody has the DNA to run a marathon. Some people are shooting stars; they look great for a short time, and then bye-bye.”