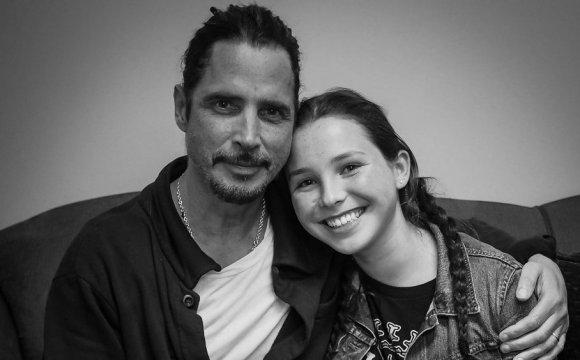 Chris Cornell’s daughter Lily Cornell Silver is featured on the great new Matondo song “Over It” with David Kaiser. It is the first properly released original song on streaming services she has been featured on, though other recordings featuring Lily have surfaced in the last few years. The song’s release comes on the 2-year anniversary of her late father Chris Cornell dying by suicide following a Soundgarden performance in Detroit. Lily’s featured part comes in at 2:35, and it’s definitely an emotional and memorable hook.

Lily Cornell Silver appeared at the ‘I Am The Highway’ Chris Cornell tribute show in January in Los Angeles, and has mentioned she would have enjoyed singing at the show on her Instagram page.

“My dad and I often talked about music and our mutual passion for it, and the ways in which it can heal and release our wounds. The most influential advice he gave me was that his success did not come from a desire for [success], it was more from a passion and an absolute love for what he did.

He reminded me often it was an added benefit, but that can never be the driving factor. My dad had a beautiful gift but the most important part of it was that he loved what he did, and he did it because he loved it.

I carry this with me not only in music but in everything I do, as have the amazing musicians that you see tonight. They have been there for me since the day I was born, and I’m so honored to be here with them tonight.”

While we’re all still missing Chris on the 2-year anniversary of his death, his musical legacy definitely lives on through Lily in this beautiful song!

If anybody reading this is struggling, you can call the National Suicide Prevention Lifeline at 1-800-273-8255.