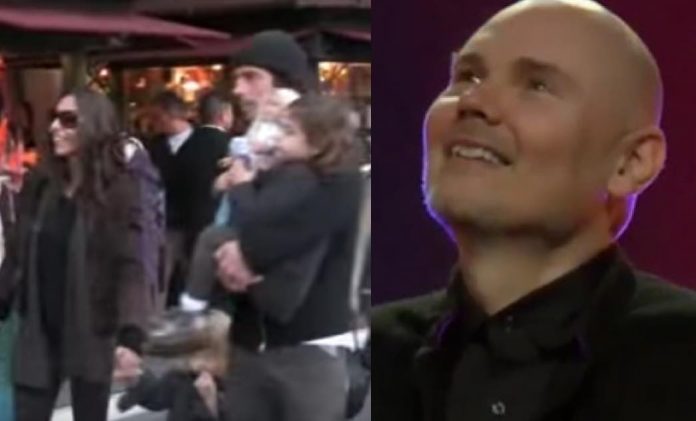 Smashing Pumpkins frontman Billy Corgan discussed the late Chris Cornell on The Howard Stern Show on Tuesday. Corgan discussed his Soundgarden fandom, and how he befriended the band. “They asked me to write liner notes for them, I mean, like I was a known fan,” he noted. “I used to go visit them in the studio … I was welcome in their world.”

Billy added that he was in awe of Cornell’s talent, “Chris was one of the greatest singers of all-time, certainly influential,” he said of Cornell. “I used to look at him and think, ‘My God, not only is he handsome but like he’s got all these abilities … he got the full package.’”

Chris’ widow Vicky said Chris felt bad about his falling out with Billy, which led to back and forth media insults in the early 2010’s. “His wife later told me that he felt bad about the situation, he wanted to kind of make up but obviously that didn’t happen.”

He also discussed interviewing Eddie Van Halen for Guitar World. “It was only supposed to be an hour – he was great, I was with him for like four and a half hours. Played guitar, we talked shit about everything, he showed me all the unreleased Van Halen music – it was like the grand tour of all time. I mean, you talk about like 10 out of 10 experience in my life, he was so awesome.”

He said Eddie was at first skeptical of his guitar playing abilities. “I think he thought because I was an alternative guy I couldn’t play so when he saw that I could play the guitar then that totally changed. It was like I was entered into the other club and then he started telling this other stuff that was like guitar stuff … he was just so wonderful, such a nice person.”

Corgan said not all of his big name rocker interactions have been great. “They get this certain look in their eyes, and now I know what that look is. The person meeting you has an idea in their head of the legend … they want to meet the legend and you can almost see it coming and so your reaction is like ‘No, I’m not into being the legend right now I just want to have a drink and talk with my buddy here.’”