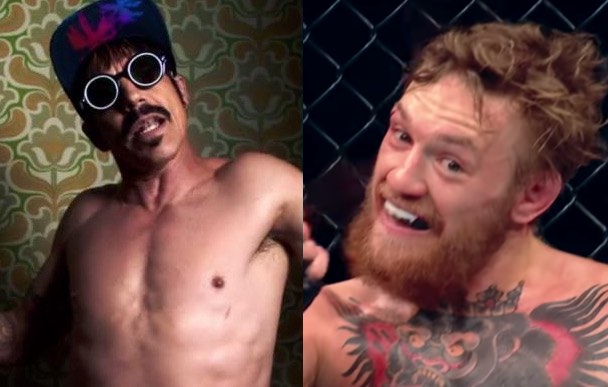 UFC fighter Conor McGregor’s coach John Kavanagh released a book called Win or Learn, and in it, a hilarious story about McGregor meeting Red Hot Chili Peppers frontman Anthony Kiedis is told, and how he called him the lead singer of Guns N’ Roses, Axl Rose.

Conor does not appear to be a big fan, despite Kiedis attending most major UFC event, and even praising him in an interview before his latest fight!

Kavanagh wrote, “I also bumped into Anthony Kiedis, the lead singer from the Red Hot Chili Peppers, in the corridor.

That was amazing, but I knew there was somebody else in our changing room who’d appreciate it more than I did. When I told Chris Fields, who was there as a warm-up partner for Cathal, he ran out and went looking for Kiedis, screaming like a teenage girl at a One Direction concert. Chris is a huge Chili Peppers fan so this was a big deal for him.

Conor didn’t have a clue who Anthony Kiedis was. When Chris came back in, Conor asked: ‘Who’s that? Guns N’ Roses or some fella, is it?”