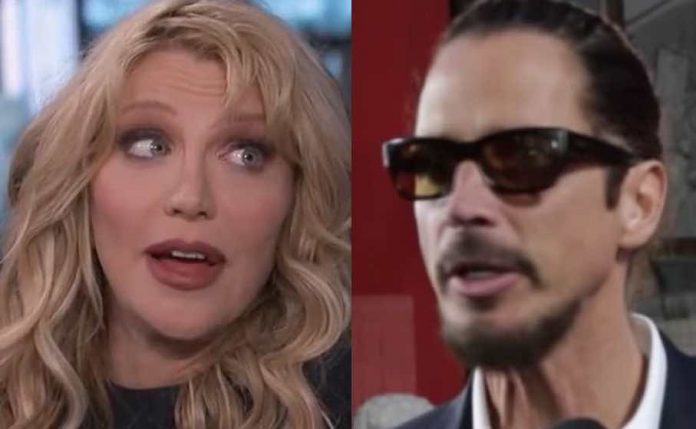 Love herself tweeted, with a link to a Los Angeles Times article, “Soundgarden, Tupac, Hole and more sue Universal Music over recordings destroyed in 2008 fire.”

A Nirvana fan recently tweeted to bassist Krist Novoselic, “Hey @KristNovoselic does this mean that just the Nevermind masters are gone? Assuming In Utero was safe since the reissue was after this.”

Novoselic sadly responded, “I think they are gone forever.”

The lawsuit claims that Universal did not take “all reasonable steps to make sure [master recordings] are not damaged, abused, destroyed, wasted, lost or stolen” and “it did not ‘speak up immediately [when it saw] abuse or misuse’ of assets.”
The complaint describes the Universal Studios vault that housed the recordings as “an inadequate, substandard storage warehouse… that was a known firetrap….”

“Immediately after the fire, UMG embarked on a systematic and fraudulent scheme of misrepresentation and misdirection designed to conceal the loss of the master recordings destroyed in the fire.”

“To this day, UMG has not informed Plaintiffs that any Master Recordings embodying musical works owned by them were destroyed in the fire, and has refused to disclose or account to Plaintiffs for settlement proceeds and insurance payments received by UMG for the loss of the Master Recordings.”