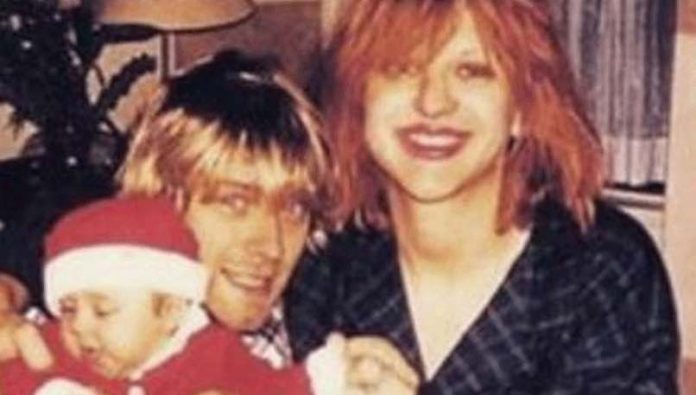 Courtney Love has ripped the Rock and Roll Hall of Fame for disrespecting Kurt Cobain and Nirvana.

“Somedays I wonder if Freud (Sigmund) is right about humanity . That we are all pieces of godless shit hurtling through time and space , and that honor is just a joke.
Shame on you @rockhall displaying Kurt’s guitar I gave this poor kid.
Knowing it had been stolen from him.

Repost @fkyeahcourtneylove
・・・
That time @courtneylove gave one of Kurt’s Fender Mustangs to a grieving fan (Bobby Costello) after he sent her a letter saying how sad he was to hear that Kurt had died.

This is the letter Courtney wrote back to Bobby. Written on her official letterhead in 1994, this letter accompanied Kurt’s sky blue Mustang (aka skytang 3) in a case, as well as a Greg Sage tribute vinyl box set.

Notice how she wrote about Kurt in the present tense – Kurt *is* left handed.

Sadly, Bobby had this guitar stolen and it’s ended up in the wrong money grubbing hands – see last slide.