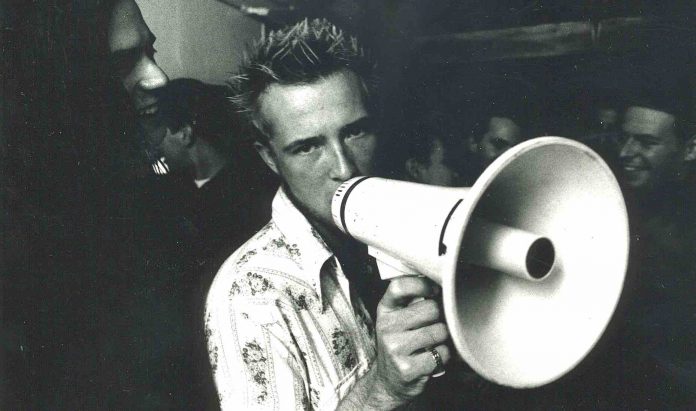 Former Creed frontman Scott Stapp released “Gone Too Soon” today, where he sings about unexpected tragedies and the solace in honoring those lost, vowing to help others, and the promise of reuniting in the hereafter. Rock has lost big names like Scott Weiland, Chris Cornell, Chester Bennington, Prince, and Tom Petty in recent years, and we lose names we’ve never heard of daily to violence, PTSD, and addiction. Scott Stapp revealed why Scott Weiland is ‘irreplaceable’ in Stone Temple Pilots in 2016.

Stapp has been sober for 5 years after a meltdown in 2014, and he is now a mentor to those seeking sobriety and he continues his work with his With Arms Wide Open Foundation, which focuses largely on military members and their families dealing with PTSD.

Stapp told Billboard, “Somewhere around the time Chester passed, and we had already been reeling from Cornell’s passing, I was flipping through the news and saw the suicide rate for (U.S. military) vets was skyrocketing, and all these people are OD-ing from heroin, drug addictions, opioids. The school shootings. It was just a collection of things that all hit me at once. So it was inspired by a series of events that just came together to impact me as a human being, all at once.”

Stapp emotionally discussed feeling the presence of late Stone Temple Pilots frontman Scott Weiland’s ghost in the bathroom in a 2017 interview. Stapp was discussing the bathroom on his tour bus, the same one Weiland died in.

He later said, “God rest his soul, and my family has prayed for his family and his children, but really it was a crazy, mystical experience. It was just in my face, man. I had my moment of, like, Dude, he’s speaking to me, man. Almost as if, from my standpoint, in my life and in my recovery, his death was not in vain. Not only could that have been me, that should have been me. It was just one of those weird things that kinda, like, the stars aligned, the universe arranged itself at the right time to further impact me and further solidify my commitment to my recovery. It was definitely one of those God moments. I get goosebumps right now just talking about it. It was a God moment.”

Gone Too Soon Lyrics:
So heavy I hit the floor
My heart is shaken and torn
Can’t catch my breath don’t know what to feel

My tears are starting to burn
I scream it wasn’t your turn
I can’t believe it, this can’t be real

Gone too soon, my friend
I know you’re dancing with angels on the wind
It’s not the end

A heart with love left to give
A soul with life left to live
So full of color, not one defined you