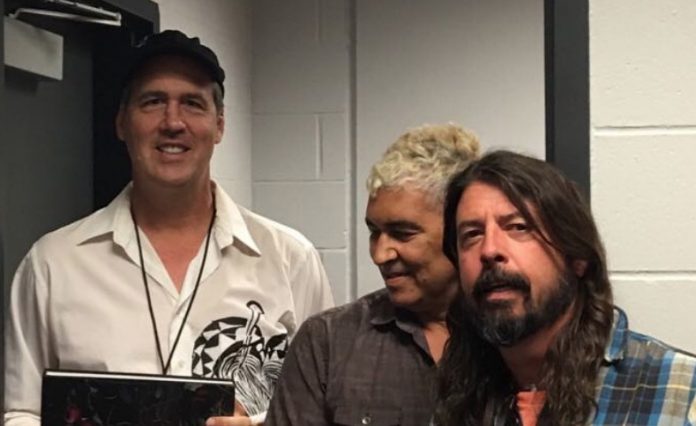 Deer Tick frontman John McCauley was recently interviewed by Kyle Meredith With… on Consequence of Sound, and he discussed the ‘mixed emotions’ Dave Grohl and Krist Novoselic felt when rehearsing with him for the Nirvana reunion performance at Cal Jam 2018 last month. Alternative Nation transcribed his comments.

“I think Dave had been planning it for awhile in his head at least, but I didn’t hear anything about it until maybe 4 days before. It’s hard to talk about, I was kind of just in shock the whole time. It was really an honor to do it, Nirvana was and still is one of my favorite bands. Their couple of records, that was my bible for my teenage years.

It was really heavy stuff. You could see that it was bringing up a lot of mixed emotions for Dave and Krist, when we were rehearsing the songs earlier that day. Being in the middle of that was a really special place, and something I will never forget.”

He credited Novoselic, Grohl, and Pat Smear for making him feel welcome in Nirvana.

“At no point did I want my inner fan to take over. Krist, Dave, and Pat are just really sweet guys. They’re completely normal people as far as rock and rollers go. I felt very comfortable with them. There’s nothing strange about them, they didn’t feel otherworldly. It’s just playing music with a couple of guys.”