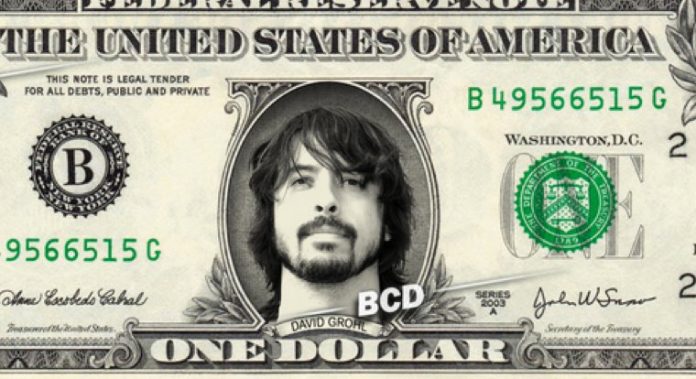 Foo Fighters frontman Dave Grohl has revealed how much money he was making per day during his early touring days with Scream.

Grohl told Guardian, “Like most musicians playing punk and underground music in the 80s, I didn’t have aspirations to make a career of it. When. When I was in my later teens, the reward was just some sort of appreciation from the audience.

At the most, I hoped that some day I wouldn’t still have to work in the furniture warehouse that I was working in back then, and would have my own apartment. Going on the road at that age [with the Washington punk band Scream], it’s such a beautiful time in anyone’s life. You’re discovering identity, finding some freedom and you’re becoming who you are.

So it was the perfect window of time to leave home and start wandering around the planet. I started touring at 18: carrying my stuff in a bag, sleeping on floors, and if I was lucky, I’d get seven dollars a day to budget on cigarettes and Taco Bell. I was open to experience.”

Fftamahawk009 responded, “I mean the word ‘Best’ is in one of their biggest singles 40 times, so this is actually pretty tame for their standards. None of the new songs have really bothered me though? Username checks out, huh.”