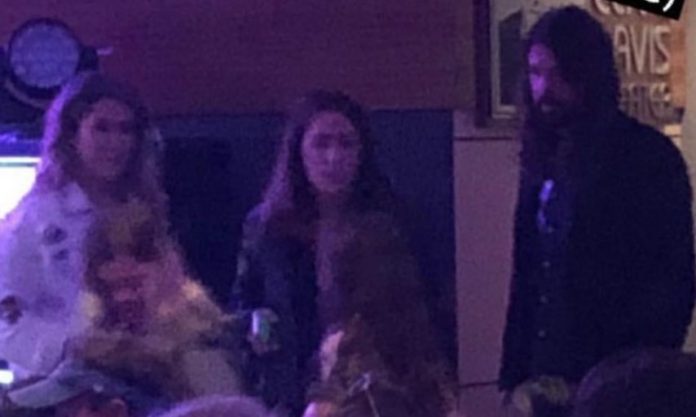 Pop sensation Shawn Mendes performed at the Grammy Museum in Los Angeles this week, and Foo Fighters frontman Dave Grohl doesn’t care if it might seem embarrassing to the rock community, he showed up to the show with his daughters. See photos below!

Top 40 hitmaker Shawn Mendes was asked by Variety in a recent interview what he thinks of when reflecting on his “most embarrassing moment,” Mendes points to “[falling on his] ass in front of 80,000 people.” Foo Fighters frontman Dave Grohl was standing on side the side of the stage for the Festival d’été in Quebec set, and that made the experience even more terrifying for Mendes seeing one of rock’s most legendary musicians witness his awful moment.

“I was excited and I didn’t see how high I was jumping from, and Dave Grohl was on the side of the stage, watching,” Mendes tells Variety. “It was … amazing.”

After showing the reporter the video of his fall, Mendes discussed the aftermath from the July festival mishap. Finding a video clip from later that night, Mendes plays back a moment from the Foo Fighers’ headlining set. Grohl takes time between songs to state, “Shawn Mendes is a bad motherfucker. You know why? Because he touched me.”

Video shows Grohl explaining that he watched Mendes the previous night, and that like the singer-songwriter, the Foo Fighters “want to touch the people.” Mendes admits to replaying Grohl’s statement “about a million times” as “it’s the coolest thing anyone’s ever going to say about [him].”

You can watch video below of Mendes’ fall and Grohl helping boost his spirits onstage below.

Grohl had his own experience with an onstage fall in Sweden in June 2015, falling offstage and breaking his leg. Grohl completed the set after getting medical attention, and Foo Fighters’ resumed their tour with Grohl on a rock and roll throne, which he later loaned to Guns N’ Roses frontman Axl Rose in 2016 after he broke his foot.

Dave Grohl (@foofighters) and @ShawnMendes hanging in the green room before tonight's program at the Museum! Now that's a collaboration we'd love to hear! ? pic.twitter.com/dbiTBKRowM

“I came to the festival last night, and I watched Shawn Mendes. Let me tell you something… Shawn Mendes is a bad motherf**ker… because he touched the people” — Dave Grohl from the Foo Fighters talking about @ShawnMendes the other night. ❤️ pic.twitter.com/8cH543GwI8