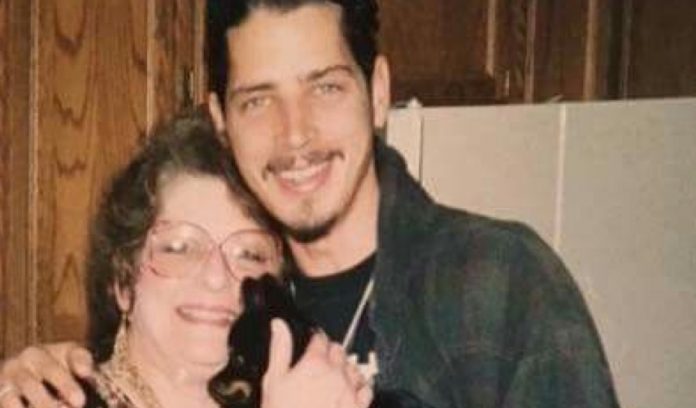 Karen: Hi everyone, we’re the Cornell family, and we’re here to congratulate Alice In Chains on their wonderful award. Good going guys.

Katy: Congratulations you guys on your Founders’ Award from MoPOP. You deserve it. Thank you so much for all the music, all these 30 years. Thank you for the inspiration. I love you guys, you are my brothers.

Suzy: The reason that I have whiplash injuries and migraines is because of Man in the Box. I still do it, whenever that song comes on.

Peter: I recently came across the live video of the Facelift record being performed at the Moore. I had driven Chris to that show that night, and we picked up this little hippie kid on the way who was going to be playing in the opening band, a band called Mookie Blaylock. This kid’s name was Ed Vedder. We picked him up on the way to the show, and then Chris was going to sit in, and he sat in and did a couple Temple of the Dog songs with the guys, because Jeff and Stone were in Mookie. Then Alice came out.

Karen: The first time I remember meeting any of them was down in Seattle Center. They were with Susan, two of the guys, I think it was Jerry and Sean. They were sitting outside by the fountain, and I was introduced to them. So this was a very long time ago, and seeing them come up through all these years and be this successful is really fun. I’m really proud of them.