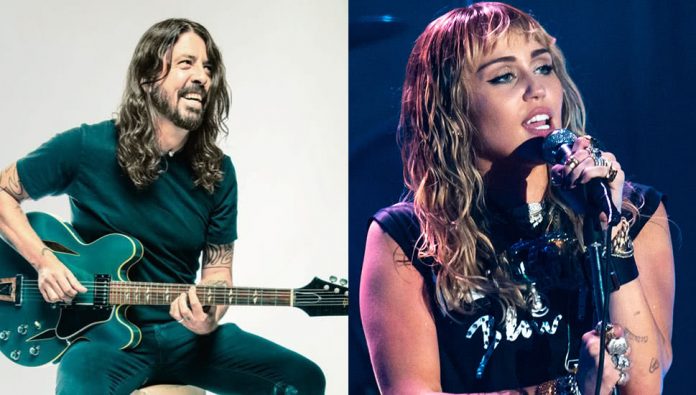 Dave Grohl admitted to smoking marijuana with Miley Cyrus in a new Rolling Stone interview about the Rock and Roll Hall of Fame.

The interviewer said, “I think the ceremony works better in Cleveland. And you were there with Joan Jett just a few years ago.”

“I just remember being there and going upstairs … the ceremonies can be painfully long. Fortunately, Joan Jett’s performance was at the top of the show. We performed and after a few hours, I went up to the dressing room to drink and wound up smoking a joint with Joan and Miley Cyrus. [Laughs.]

I came back downstairs … and I rarely smoke weed. I remember looking over, staring at Jerry Lee Lewis and just being … I don’t even have the words to describe it. I was tripping fuckin’ balls. And then at the end of the show, Ringo got an award. A producer was running around looking for me to sing the finale of “With a Little Help From My Friends.” He ran up to me and was like, “Dave! Dave! You’ve gotta be onstage in the next two minutes! We’re doing the big finale!” I couldn’t imagine being onstage. I walked out there so high that I hid behind Stevie Wonder. [Laughs.]”