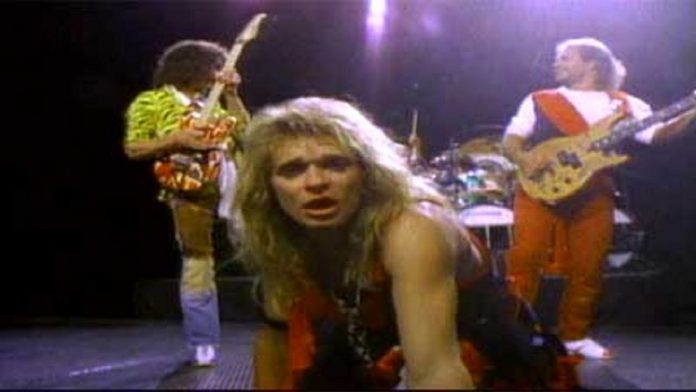 With rumors continuing to swirl of a possible Van Halen original lineup reunion, there’s a mix of excitement and cautious optimism from the fans about the state of David Lee Roth’s vocals.  After a caller complained on a recent Eddie Trunk SiriusXM show about Van Halen not caring about their fans by claiming the band are weaker with Roth singing, citing he was never great to begin with, Trunk did agree to an extent that Roth never did have a great voice and has had ‘struggles,’ though he credited his ability as a showman for why he’s a great frontman.

Trunk: “And he talked about, in my opinion, and I agree with him, how brutal Van Halen can sound live because of Dave’s inabilities and deficiencies as a singer and whatever else and he did point out that that live in Japan record which made a lot of news at the time that it came out, not for the reasons you’d want-because the vocal was so rough.”

Trunk then continues along the vein of thinking that the 2015 live Japan record Van Halen: Tokyo Dome Live in Concert was not Van Halen at its best.  It was unadorned with the overdubbing and touching up of so many other rock albums that have been released for generations.  Giving credit to Roth and Van Halen, Eddie explains that they could have easily hidden the sub-par performance but released it as is.  But Trunk respects that the album is not loved by critics for a roundabout reason:

“If you are a Van Halen fan and you know Dave struggles singing, would you rather hear him for what he is today vocally and know that it is all real or would you rather have him sing into a track and make it sound better?”  “In a sort of sick way, I respect how Van Halen put that live record out.”

Trunk then ponders if Van Halen needed to sure up their sound live with pre-recorded help though he thinks he nor the band would prefer that over just retiring instead:

Trunk: “If it’s that bad, stop playing live. Do something else.”

Getting back to Roth as a singer, Trunk unloaded:

Trunk: “David Lee Roth was never a good singer live.  It was never about that with him. Not even close.  If you’re younger and you didn’t see Van Halen in the early days and you think there was ever a time Van Halen and David Lee Roth sounded like he did on those records, you’re dreaming.  He always sounded like that.  He got by on the fact that he was the ringleader of the party and that he was all over the stage and a great frontman and a great looking guy and all that.   He never got by on his vocals live, never.”

He concludes the portion of the show by saying that fans should be cautiously optimistic and should “be careful for what they wish for” finishing with a final philosophy: