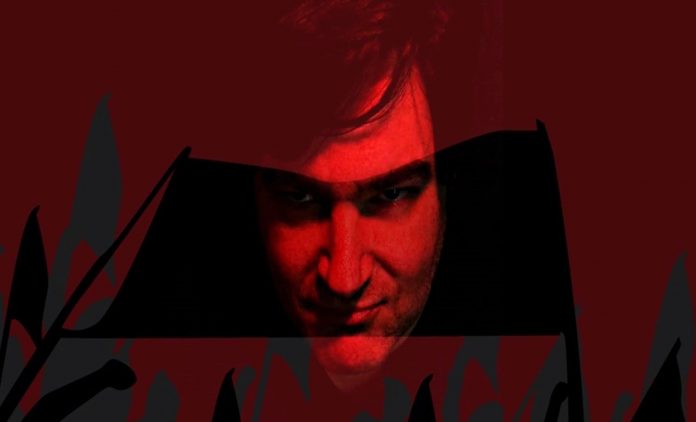 Over the last year and a half, New York based alternative rocker Paul Maged has building up quite the reputation as one of the most straight up ass kicking guys working in rock today. His music is no nonsense, no filler and no fluff. He’s proven to have a magic touch at crafting instantaneously infections alternative rock songs.   His latest, “The Resistance” is no different. In fact, you just may need a magic man to resist it.

Maged is no stranger to calling it like he sees it. “PC Police”, from his album Light Years Away set that precedent. But even with that as an introduction, “The Resistance” is a cutting take on today’s political climate. At times throughout “The Resistance”,  Maged’s voice comes off in a wildly assertive, aggressive manner. Towing a line between passion and anger, you not only believe Magad’s declaration that you can’t kill the resistance, but you find yourself singing, chanting and screaming along with him.

From the opening drum beat, “The Resistance” flows with a sultry arrangement that really hits its stride in the chorus. The silky lead guitar lines sit in the mark perfect playing off of Maged’s voice. The guitars in the song- especially in the chorus have a great late 70’s hard rock feel that is a great mix with Maged’s strong alternative sensibility. It’s when the song’s guitar solo comes in- pushing the tension to a fever pitch. The song’s frenetic finish gives way to its subtle outro that again gives the song’s fantastic main guitar riff a chance to sink in.

A mark of a great artist is in their honesty. If an artist wants you- the listener- to buy into their art and believe in them (which should be rule number one), two things help that become a reality. Number one is if the artist actually has something to say. Number two is if the artist actually believes in what they are saying. Artistic integrity is hard to come by in 2018.  You can say without a shadow of a doubt that Paul Maged is a man of his word.