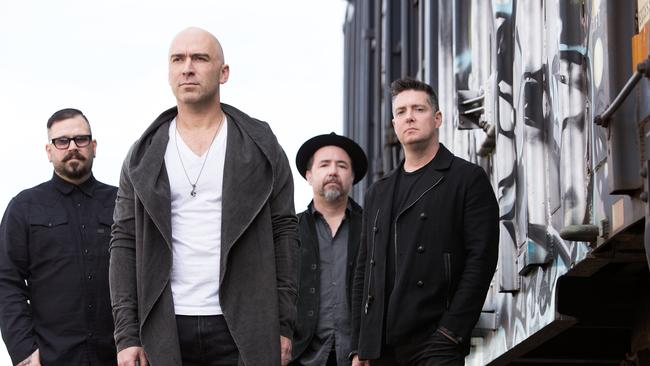 He said, “Unfortunately, despite volumes of damming evidence, some of my band remained loyal to Hynes, boldly requesting Hynes be granted a legal liability waiver and even defending his innocence.

Of course, these details added complexity and began to impact the reunited musical quartet. While I respect freedom of choice, I was puzzled by the desire to stay close to or defend someone so adverse to women’s safety. A position on the wrong side of law enforcement. This culminated in a random but aggressive social media post where I was fired and accused of “stopping the music.” Regardless of founding the band, writing many of our hit songs, and recording/producing more albums than any band member, I quickly realized these were not my people or they too had been manipulated. Protecting and defending a predator was not acceptable behavior.

As a result, Ed Kowalczyk is touring as LIVE for the foreseeable future with a mutually agreeable arrangement in place. But, of course, the debate about what constitutes LIVE, I’m sure, will rage on.”