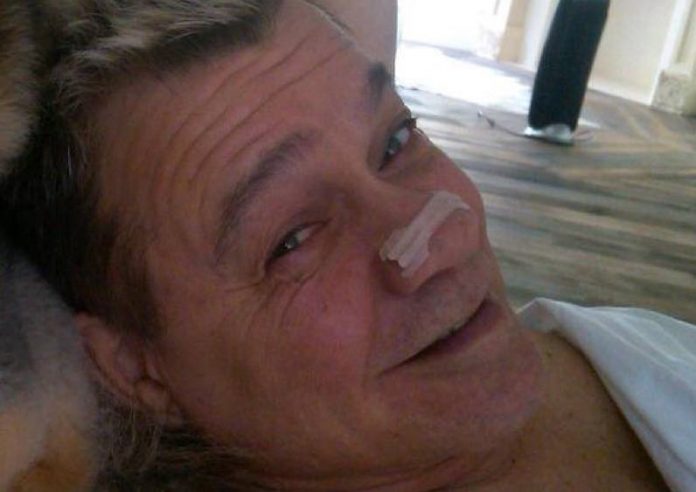 Gary Cherone, who is the third Van Halen frontman recently took over when Sammy Hagar left the group in 1996. Cherone spoke to SiriusXM’s “Trunk Nation With Eddie Trunk” about the band’s legendary guitarist Eddie Van Halen who died in October 2020 after a battle with cancer.

Gary Cherone opens up on his friendship with Eddie Van Halen

Cherone recalled how they both picked up from where they left off. He also revealed how Eddie had later reached out to him.

“[Eddie and I] rekindled our relationship end of 2015, ’16. I reached out to him and we picked up where we left off. It was wild, because we went back and forth and we talked. And then when I went out to L.A., I finally got to see him, and it was great. He was going through [his cancer treatments at the time]. All he said to me was, ‘I’m kicking its ass.’ And at the time he was. He’d have good days. There was one time I saw him, and he was just getting back, and he was just, like, ‘Ah, man. I’m not feeling great.’ And [I was, like], ‘That’s cool. We can just hang for a little while.’ But he was great. I think the last six months it got real quiet. I reached out to him a few times. And he got back to me later. I just had a feeling something was going down.”

Cherone also talked about his sole release with Van Halen, 1998’s “Van Halen III”, which was a commercial disappointment. He was dismissed from Van Halen soon after the tour ended:

“I wish I went on tour with the guys before I did the record,” Gary said. “‘Cause it was a project that turned into a band. We wrote from the first day on, and that was great, and we hit it off, but you had to feel each other out. But by the time we were on tour, it was a brotherhood. So when we got back in and we would write write, we would jam, scat over things, that’s when things felt good. ‘Cause I was feeling my way around too. I was comfortable there, but I thought it locked in. That ’98 tour was great. I thought Eddie was on fire. The setlist was both eras.”