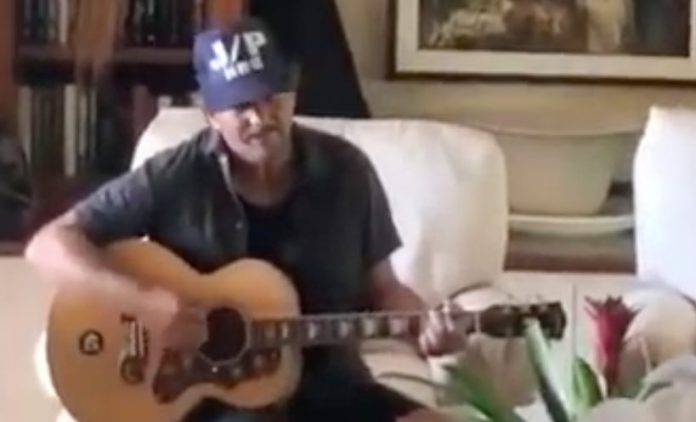 “This was a wacky night. One of only two times that I ever witnessed Eddie drunk. The highlight of the night happens during the credits. Seeing me and my old friend Al Jorgenson from the band Ministry pushing my drum kit over during the end credits.
We were rushed into a van directly after the show because the fire marshal and police were angry with us. Rock.”

Dave also discussed Pearl Jam’s photographer in the 90’s, “Chris Cuffaro was so instrumental in capturing the image of Pearl Jam during the formative chaos years. Back then he intimidated me because of his professionalism. Now, he inspires me with his gift and his generosity.

I just recieved catalogs of his work with Pearl Jam. He graciously sent them to me and thus started a wonderful trip down memory lane.

Look up his work. If you’re a PJ fan, he captured some special photos that you may enjoy seeing. Thank you, Chris. You’re a good egg.”