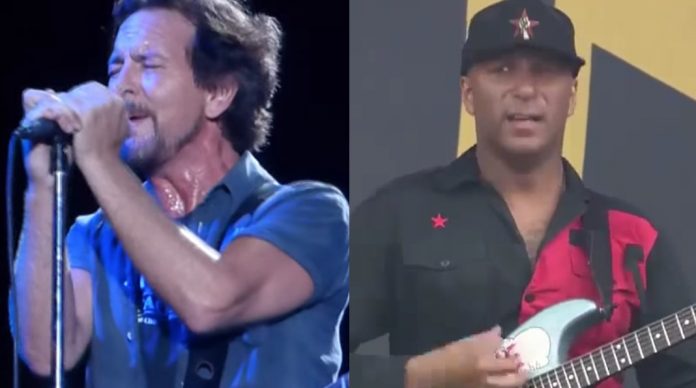 Vedder said, “It’s a good night for music on Friday the 13th. Prophets Of Rage are playing. I wish I could be there.”

Ed tells the audience that Prophets are here so let them know how you really feel.

He also talks about long time fans who meet up and form a community and it is difficult when you lose somebody. Ed mentions a fan named Israel Barrales who passed away unexpectedly after a surgery.