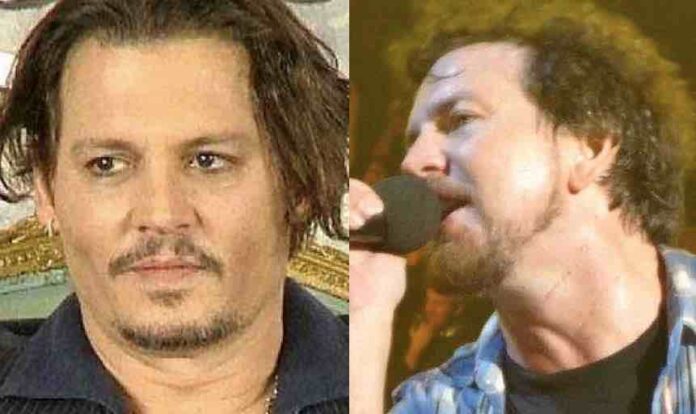 In the news you’ll find a lot of happenings going on in the world right now. Between wars, the virus, and much more; you would be completely shocked to know that one of the biggest stars in Hollywood is also going through their share of issues as well.

If you haven’t been paying much attention to the world of Hollywood, you wouldn’t be too keen on what Johnny Depp and Amber Heard are going through currently. The two are on trial going at one another for a multitude of reasons. On the end of Amber Heard, she is going after Johnny Depp for physical and mental abuse. This has been denied multiple times by Johnny Depp and his vast amount of fans, including those of the famous variety.

On Instagram, Eddie Vedder’s wife, Jill Vedder, posted up a photo of Johnny Depp where she defends him as a person. In the post, Jill knew that everything was about to get very controversial as she started with such a statement leading in with “Might be controversial to post this video with J.D (Johnny Depp) don’t care.” the wife of the legendary rock icon stated.

As Jill continued, she defended Johnny Depp by going on to allude to that anytime she had been around the actor, she only knew him to be ‘a gentleman’. Jill then made it very clear that she does support women and the ‘Me Too’ movement. To further her point, she also said that many good men have been destroyed by women lying about circumstances.

Check out her full post below for the complete context.

Know him only to be a gentleman ..

And while I support women and the ME TOO movement

I also know some women who have destroyed the lives of innocent & good men. ..

@johnnydepp … p.s verbal abuse is not cool either.. watch your tongue.”