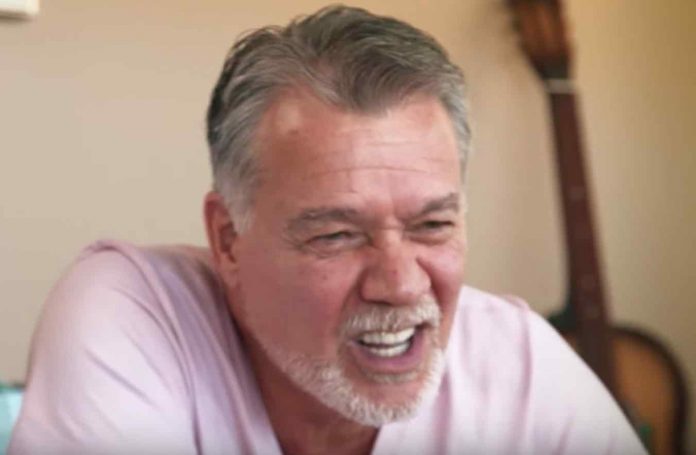 Lindsey Buckingham is best known today as an underrated guitar giant. That’s almost sacrilege to say against the man who created the iconic guitar lines to ‘Rhiannon’, ‘Go Your Own Way’, ‘Never Going Back Again’, and ‘Big Love’, among scores of others.

Another guitarist who is not underrated, but a giant within the community is Eddie Van Halen. With the two being such incredible guitarists, you would think that they two would be all about one another’s work. That’s not so true as it came out that Lindsey, while respectful of the work of Eddie Van Halen, was not a big fan of his context of work within a band.

When sitting down with Guitar World Acoustic (via Far Out) back in 2012, Buckingham had some opinions on Eddie Van Halen as he would state: “I’ve always believed that you play to highlight the song, not to highlight the player. The song is all that matter,” Buckingham stated. “There are two ways you can choose to go. You can try to be someone like Eddie Van Halen, who is a great guitarist, a virtuoso. Yet he doesn’t make good records because what he plays is totally lost in the context of this band’s music.”

It’s hard to see Lindsey’s point when Eddie has sold so many albums, so it certainly seems that Eddie Van Halen was doing something right in his tenure within the world of music, but there’s more to the story as Lindsey would clarify about Eddie Van Halen in another interview.

From another interview in 2011, the following was asked: “One Take” from Seeds We Sow has to have one of your most visceral guitar solos ever. Are you a big fan of shredding?

Lindsey: “Well, I’ll tell you I am certainly a fan of Eddie Van Halen. He’s extraordinary, there’s just no doubt about it. What I think he had a bit of a problem with was making what he did work in the context of the band he was in. It’s hard to work [shredding] into the fabric of a song all the time, so I think in a way what he did might have worked even better in a slightly more sophisticated format. Maybe a fusion thing like John McLaughlin or Larry Coryell, where his skill was brought to bear with other people who could play against it more. In many ways, it always seemed like he was forced to play on top of whatever Van Halen recorded.”

Maybe it’s not so much that Lindsey disliked Eddie Van Halen or his bands, but he wanted to see what he could do MORE of.