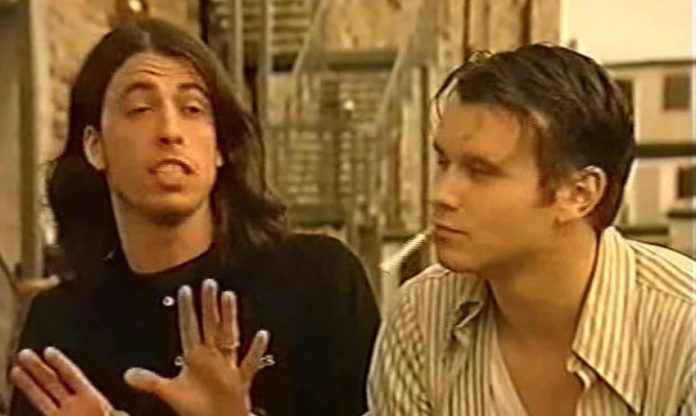 Former Foo Fighters drummer William Goldsmith has been in the news this week for heavily criticizing Dave Grohl, and claiming he played a role in Sunny Day Real Estate never releasing their fifth album, though he later clarified his statement with additional reasoning, while still throwing shade at Grohl. This new story has led to Foo Fighters fans resurfacing an interview that Goldsmith did on The Trap Set with Joe Wong in 2016 that was not circulated at all in the press at the time. In the interview, Goldsmith detailed while he did not enjoying working with Grohl during their time together in Foo Fighters from 1995 to 1997. Alternative Nation transcribed his comments.

He said, “I wish that I just never met him.”

He later said, “To be honest man, I was not happy in that band because at first Dave said, ‘I want this to be fun. I want this to be a band. I don’t want to spend our lives on the road, we’re just going to have fun.’ I was like, ‘Right on, that sounds great because we don’t want to tour to death.’ But that’s what we did man, we toured to death. You are playing these songs that aren’t even yours, we didn’t even really have that long to get to work on this stuff before we had to start touring. Then it was nonstop, it’s like saying the word ‘shut up’ or ‘caterpillar’ a billion times to yourself, and it just stops making sense. You do something so repetitively, especially something that isn’t really from you.”