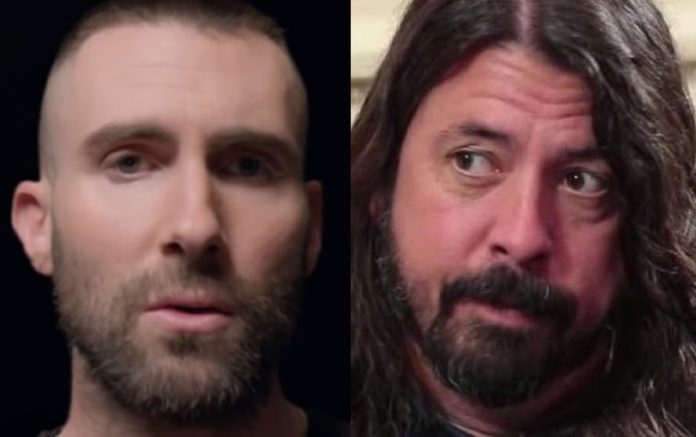 Maroon Five will reportedly headline the Super Bowl halftime show in 2019, and Dave Grohl revealed in a new KROQ interview that he had talks with halftime show representatives before.

“I was like, ‘Yeah man, we do it all the time,’” Grohl shrugged. “We’re like, ‘Oh my God, I think we’re gonna do the Super Bowl!’ And then it’ll be like, Madonna or Katy Perry or somebody like that.”

“I actually got really hammered at this party in France once, and got to meet the dude that does the Super Bowl thing, and I was like, ‘I don’t even want to do the Super Bowl!’,” Grohl slurred in an exaggerated drunk voice. “I used to want to do it. Now I don’t want to do it anymore!’”

“Not to be negative on Maroon 5, but it always seems to be the final chapter in your career,” Taylor Hawkins deadpanned.

“Yeah, I don’t know if it’s jumping the shark, I don’t know,” Grohl added laughing. “We’re just trying to come up with excuses why we haven’t done it.”