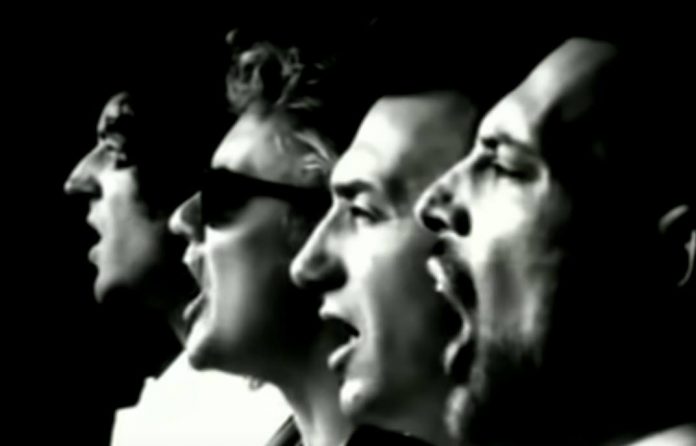 Queen guitarist Brian May has leaked a photo of an upcoming collaboration with Disney, where Freddie Mercury and company look a bit odd and brutal with just their heads as figurines! A Freddie Mercury teen boy video resurfaced yesterday.

giulietta.who commented, “Wow! Cute, this little version of yours, But that is this? it’s beautiful. I thought of a video game, or to a version of Snoopy. I do not know why. A big hug from 🇮🇹 ~” threeeyedrich wrote, “Disney owns queen now too ?? Well then I guess by default Disney owns my ass.”

johndeac chimed in, “WHY DOES IT SAY DISNEY IN THE CORNER? WHAT’S GOING ON. buffyfan145 responded, “@johndeac They’re likely making more Queen figures and toys since Fox, who made the ‘Bohemian Rhapsody’ movie, is now owned by Disney. These look like the Tsum Tsum plush dolls/toys Disney makes.”

Freddie Mercury and Michael Jackson photos together surfaced over the weekend. May wrote in another recent post, “I was deeply honoured to receive a beautiful medal from the Royal Canadian Geographical Society in Toronto. They very kindly made me a Fellow in recognition of the part I’ve played in making Science more accessible, and bringing Music and Science closer together. My grateful thanks. I will add more details about this when I have a moment. And I believe that the Society will be publishing a short video showing the ceremony. Cheers – Bri.”