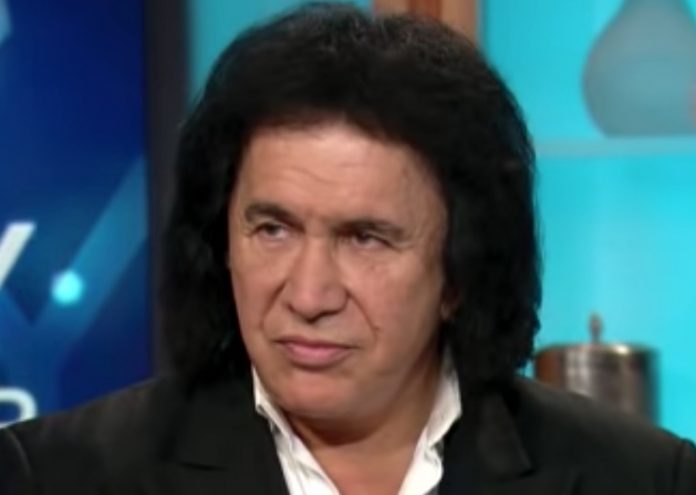 Gene Simmons, Kiss’ answer to WCW’s Demon, recently went out on a limb and announced that he was “initially” happy with President Trump’s rule. The man who is now himself a grandpa, admits to being an ageist – aren’t they all once they reach a ripe old age, aren’t they all…

According to a report by Blabbermouth, during an appearance on the latest episode of Bill Maher’s “Club Random” podcast (I just wrote about this guy), KISS bassist/vocalist Gene Simmons aka The Demon, spoke about the former U.S. president Donald J. Trump (star of WrestleMania IV and V), on whose “The Celebrity Apprentice” show he was once a contestant.

Here is what old Gene had to say. And yes, Gene can be a male and a female’s name in case you didn’t know:

“For the record, when [Trump] first ran in 2016 and got elected, I was happy,” Gene said. “I knew the guy from before then, seeing him in clubs and stuff like that. And for the record, he had Bill and Hillary [Clinton] at his wedding and Howard Stern went to his wedding. He’s not a politician. But my point, I wanna say for the record, and people will tell you who know me, ‘Oh, yeah, Gene was happy that Trump won.’ I was. I didn’t want Hillary [to be president]. I thought, ‘Oh, a businessman is coming in. He understands how to run things.'”

The moment Maher suggested Trump doesn’t understand how a government works and doesn’t care to learn, Gene immediately leapt in and said: “I agree. The person that I saw first coming into power is not the person I saw within a year or two of that… But I changed, the way lots of people changed.”

Gene then went on to question current U.S. president Joe Biden’s fitness for the job at age 80.

“I thought Biden was gonna come in and be a major force,” Simmons said. “I’ve got some big reservations about the man — not about his ethics and morality, but just about his physical ability to do all that.” Much like Gene’s desire to dress up, wear makeup, and prance around onstage as a grandpa.

Anyway you slice the proverbial pizza pie (from New York), Gene’s admitting some truth’s that may pertain to his own existence. Below is the video: