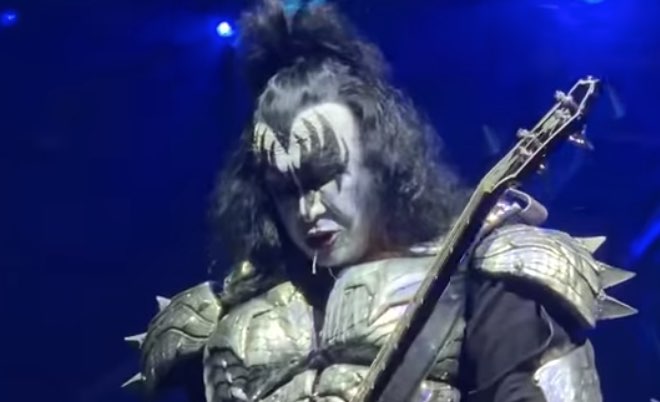 Kiss bassist and vocalist Gene Simmons recently spoke about the farewell tour on ‘Whiplash’, the KLOS radio show hosted by Full Metal Jackie. He talked about the plans to do after Kiss completes its farewell tour.

Simmons said: “Well, first, the reason for stopping touring is because of pride and self-respect and a love and admiration for the fans. The last thing you wanna be is to be a world-champion boxer and stay in the ring too long. It’s only a matter of time until your legs are not gonna be able to hold you up, and you’re gonna lose. We’ve also seen boxers who’ve stayed in the ring too long and bands who continue touring too long. And they forget lyrics and you can see the deep wrinkles in their faces.”

He added: “I mean, it’s just the nature of life as we know it on earth. So we’re doing the right thing. We’re gonna quit while we’re on top, do the best we can, and it’ll be sad, but it’s also gonna be happy. On the last show we ever do as a touring band, I’ll be crying like a 12-year-old kid whose foot you’re stepping on. On the other hand, it’s gonna be happy because it’s the next chapter. Same thing will happen to you, if you’re lucky to have a mom and dad, you live under their roof and you have food and safety, at some point you’ve gotta go out on your own and start the next chapter. So it’s gonna be a different kind of a thing. It won’t be as exciting as touring and putting on more makeup and higher heels than you ever wore, but life continues.”

Kiss launched its farewell trek in January 2019 but was forced to put it on hold last year due to the pandemic. “End Of The Road” was originally scheduled to conclude on July 17, 2021 in New York City but is now expected to last through early 2023.

Kiss current lineup consists of original members Simmons and Paul Stanley (guitar, vocals), alongside later band additions, guitarist Tommy Thayer (since 2002) and drummer Eric Singer (on and off since 1991). In its 49-year career, Kiss has accumulated 23 gold and platinum albums more than any other U.S. band.