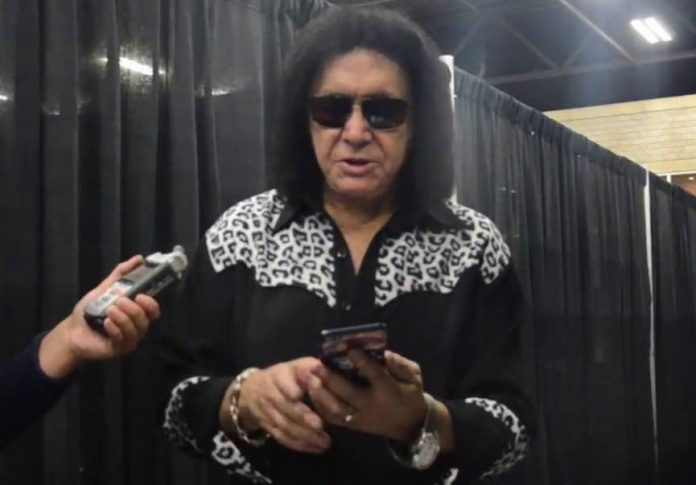 Gene Simmons, the controversial, iconic bassist and co-lead singer of ‘The Greatest Band in the Land’ KISS has long since stated that ‘Rock and Roll is Dead’. Simmons would state this claim originally in 2014 while doubling down back in April. In a new interview with SPIN, Simmons would proclaim that while he still hasn’t changed his mind on this subject, there is one band currently in rock that he finds ‘interesting’ – Ghost. Credit to the outlet for the following transcription.

“Rock is dead. The kids are listening to EDM and Tame Impala stuff, which I quite like. Ghost is interesting. There’s some good stuff out there, but they’re not going to get the chance that we did. They didn’t have a record company who put up posters around and gave you advances that you never had to return, so you could full-time dedicate yourself to that thing. How do you do that if you’re giving your music away for 1/100th of one penny for a download? How do you pay the rent? How do you buy gas? So there’s that vicious cycle of we’re a new band, we don’t make any money, nobody knows who we are. Let’s give our music away for free and hope that we build up enough fans so we can go out and play clubs to make enough money to drive to the next city.”

Simmons would continue by stating “The model is broken. How many supermarkets and stores, retail and airlines would there be if you could just walk in, put a penny down and walk out with stuff? How long do you think they’d stay in business? And what makes you think being in a band or doing music is anything other than a business? I don’t mean to simplify or negate it. Everything needs fuel. We need air and water and musicians and writers and painters need money.”