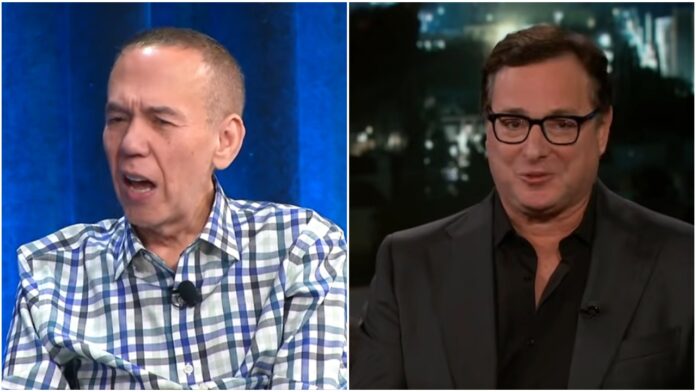 The last year has undoubtedly been devastating for the world of comedy as legends and icons such as Norm McDonald, Betty White, Louie Anderson, and Bob Saget have all passed away within the same year as each other. Today it was sadly announced that television & film star Gilbert Gottfried passed away at the age of 69 due to complications from muscular dystrophy.

On social media via Twitter, one user would post a photo of McDonald, Sagat, and Gottfried together. While it is unclear what event that photo is from, it is lovely to see three outstanding legends in one photo. McDonald would die on September 14th, 2021 from acute leukemia at a hospital in Pasadena, California, aged 61 while Bob Saget passed away on January 9t, 2022 after an accidental blow to the head, likely from a backward fall.

Saget had been staying in his hotel in Orlando, Florida during the time. The Full House star was laid to rest on January 14, 2022, and was buried at Mount Sinai Memorial Park Cemetery near the graves of his parents and sister.

Over on the Movie subreddit, film buffs have been giving their reactions to the death of the beloved comedian and Aladdin star. One user named Typhoidtimmy stated: “Man this one is gonna hurt the comedy circles. I remember a round table of them sitting around and they started talking about the after-hours sit-downs and doing the ‘Tell your most tasteless joke’ back and forth and one of them asked whose the best at it and all 5 or 6 of them went ‘Gilbert Gottfried’ at the same time. He was the absolute master.

He would continue: “One was like I would cross paths with him five or six times a year and each time they would try to come up with a more filthy joke and he would just casually crush anyone. One even said he saw him crush Sagat one night and was like watching Gods trying to out-filth one another and Gottfried still took the top”.