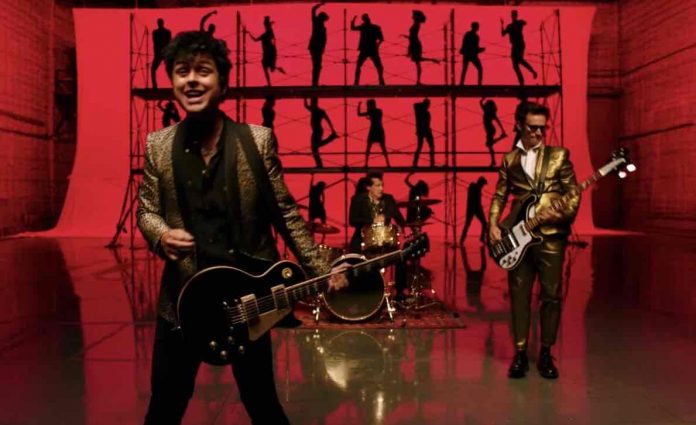 Green Day had released “Good Riddance (Time of Your Life)” back in 1997 and it was the culmination of a yearslong battle to find satisfaction with the song. It seems it was nearly a Bon Jovi-style rock ballad.

By the time it appeared on their fifth studio album, Nimrod, in October of that year, the track had been through several incarnations. It has come to light that the band frontman Billie Joe Armstrong had written it before the trio started work on their major label debut, Dookie, three years earlier, inspired by a girlfriend who left him to move abroad. At the time the song was titled “Time of Your Life (Good Riddance)” and featured a softer approach to the music than the rest of the album, so it was cast aside.

However, producer Rob Cavallo always felt the track had something about it, and the band agreed. So in 1997, they recorded a new demo version as Nimrod came together. The Ringer recently noted that Cavallo took the rough track with him every night to think about it. “It was sort of like a musical problem to work out,” he said. “I just was playing it at my house thinking … ‘This song is a freaking hit. It just seems so close to a hit.’”

He eventually came up with two significant changes. First, he asked Armstrong to pick open notes instead of strum chords at the start of the song, so that the strumming felt like a crescendo when it finally came in. Perhaps an indicator as to how different an approach it was can be heard in the album version, which starts with Armstrong messing up the intro and saying “f***!” before starting again.

Secondly, Cavallo had suggested about adding a string section. It has been noted that proved a little more difficult to achieve. “At first [there was] a whole orchestra in there, and they’d all come in like, ‘Shung!’” Armstrong later recalled. “In the studio, we played it as a big, Bon Jovi–style ballad. Now that was funny.”

They realized that wasn’t the correct approach for a band like Green Day, so Cavallo wound up focusing on a smaller string section and continued to grapple with the song. One day he asked the band to leave him alone in the control room, and they went to play foosball in the studio lounge. About 20 minutes later he called them back, saying: “You guys want to hear a No. 1 hit?”

While “Good Riddance” didn’t quite reach that height, it did make the Top 20 all over the world, including No. 2 on Billboard’s Alternative Airplay chart. Its most unexpected success came in the form of a prom-night song, which Armstrong fully supported. “The people that you grew up and braved the trials of high school with will always hold a special place. Through all the BS of high school, you hope that your friends had the time of their life, and that’s what the song is talking about,” he told CBS in 2012.